Americans Have Too Much Toilet Paper. Finally, Sales Slow.

After a year in which toilet-tissue shortages left consumers scrambling for squares, sales are plummeting to below pre-pandemic levels.

Bath-tissue sales in January fell more than 4% from the same period a year earlier, before the spread of Covid-19 spurred Americans to load up on staples from toilet paper to sanitary wipes, according to figures from NielsenIQ. The decline, which comes even though legions of Americans continue to work and attend school from home, indicates last year’s stockpiling is starting to have an effect on sales.

“You never knew when you weren’t going to be able to get it, so every time we went out we got some,” said Marjorie Greenberg, 62 years old, of New Rochelle, N.Y. “They just kept amassing.”

Ms. Greenberg still has 54 rolls, stored in various places throughout her home: in a guest room, the back of a linen closet, the laundry room in the basement. “I’m not planning on buying for a while,” she said. 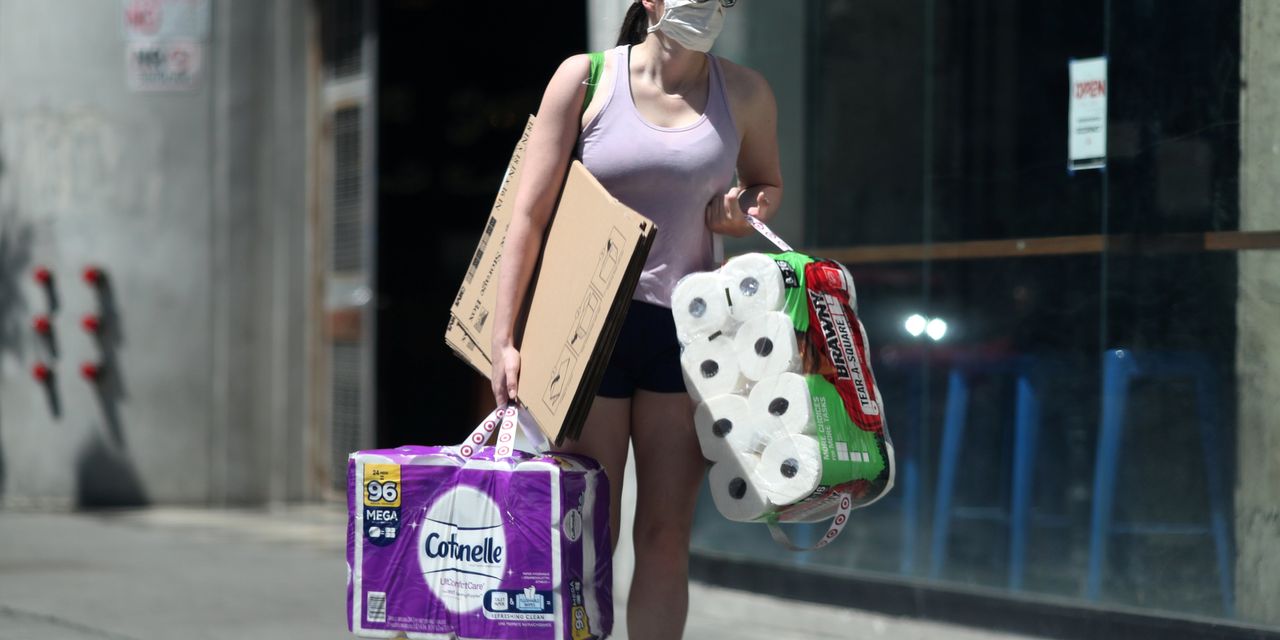 Americans Have Too Much Toilet Paper. Finally, Sales Slow.

Sales of toilet tissue are plummeting to below prepandemic levels after a year in which shortages left consumers scrambling for squares.

Americans do not understand the concept of disaster preparation. Working through their stockpile of toilet paper without replenishing it will ultimately result in another toilet paper crisis at the onset of the next global emergency.

My wife and I have not touched our emergency stockpile of TP. It remains secured in our shelter on a shelf next to our emergency supply of paper towels. In fact, we rarely touch anything stored in our shelter. That way we never have to worry about what's down there. We can just seal ourselves in and know that we're good for at least 90 days, if not longer.

RiffRaff said:
Americans do not understand the concept of disaster preparation. Working through their stockpile of toilet paper without replenishing it will ultimately result in another toilet paper crisis at the onset of the next global emergency.
Click to expand...

My wife and I were talking about that last night. We were aghast that people were burning through their supplies.

All through the "bathroom tissue crisis", we never once touched our larder. We continued to go to the store, and when bathroom tissue was there, we got some. Even if it was a single pack.

Never, ever go into your own stockpile when other sources are available.
O

Supplies only take you so far.
In a Katrina event they’ll make it happen for you.
In a complete collapse
knowledge skills and
Lastly realistic perspective of what to come.
probably single greatest threat will be not being prepared for what the world looks like when we stick our head up to see what’s left.
if we have a government left it will have morphed into something unrecognizable. Our neighbors, unless we have prepared with them, will also be different. They will probable be out of TP dirty and hungry.

listend to some guys who were on the ground after Katrina. They were talking about what caused the issue with the individuals who had police forcefully confiscate their weapons.
the region had an influx of police from other areas who worked under different weapons laws.
they defaulted to their local laws and proceeded to take firearms from old ladies.
where as you had some county deputies who were patrolling into a remote community and came across a barricade set up by several old men. As they drove in they noticed a body at the side of the road.
The men waited for the deputies to approach. They never raised their old M-1’s they talked asked if any problems.
men pointed down the road and said few looters early on but nothing since. Deputies ask if they needed anything. Yeh they could use some 30-06 ammo.
the deputies returned a few hours latter and dropped the old vets off several boxes of ammo.
point there will be no predictable aftermath.
most of us who’ve pondered and planned for the worst will probably be surprised it’s not the literal end of the world. And those that have done little will be shell shocked at how bad it is.
My brother told me of a acquaintance of his who actually bought a back hoe so it would be easier to bury the bodies when the Schumer hit. He’ll probably be surprised things don’t go as planned.

On the bright side I found a couple of bottles of 409 spray last night on a quick trip to the store.

there is no such thing as too much TP. the Klingons around Uranus are one of the biggest threats to a civilized (and odor free) pandemic society.

What do you know about the coming Klingon invasion?!
G

DEFCON Warning System said:
What do you know about the coming Klingon invasion?!
Click to expand...

I know a high pressure photon stream sends them flying to another part of the galaxy..
O