China builds more than 100 silos in it's western desert.

DEFCON Warning System said:
I think they are still considered more accurate than other missiles, despite missiles than can course-correct mid-flight. Plus, course-correcting missiles rely on gps. Ground-based ICBMs do not from what I understand.

Either way, they are certainly less vulnerable than sub- or air-launched.
Click to expand...

I might buy the argument that they are more accurate since they are launching from a fixed position and can navigate without GPS if necessary. But there's no way they are less vulnerable to a first-strike scenario than our subs. The location of those silos is not a secret, and even before hypersonic missile technology came along it was a race to get those missiles out of the ground in less than the 30 minutes it took for the first-strike ICBMs to destroy them. By the time word gets to the President of incoming missiles, he gets confirmation, orders the ICBMs launched, and the launch orders make it back to the silos, the incoming missiles are only minutes away from target. Not much time for things to go wrong.

Same with the bombers on the ground.

But the subs? No way they could be taken out in a first strike. They are this country's most secure strategic asset.
M

Well, there is the hiding vs. hardening issue that was at the core of the old MX debate. If mobility isn't really total mobility, you end up with warheads much more vulnerable to an array of attacks. In other words, if you aren't actually willing to deploy them literally anywhere and tend to be reasonably predictable for cost/convenience reasons, that can be a big problem for you. The fixed site ICBM model obviously goes all in on hardening, which was probably a better bet in 1970 than today.

I am unsure how much stock to put in this issue, but there is also the question of shaping the trajectory of the arms race to consider. Both sides have dramatically reduced the size of their warheads since the early ICBMs due to MIRVing and greater accuracy. If you shift to a lot more mobile land based systems, there is a pretty solid argument that the countermeasure really ought to be larger warheads that give you a much better shot of landing "in the neighborhood" if you are targeting a system where a tiny CEP is not very important. All in all that is probably not a great development for we little people, but I don't know how much that sort of thought goes into any of this.

RiffRaff said:
But the subs? No way they could be taken out in a first strike. They are this country's most secure strategic asset.
Click to expand...

I don't think subs are as secure as people might think. Sure, that is the theory, and certainly they do their best to remain hidden. But Russia and China are doing their best to find them and keep an eye on them. And the US is doing the same to them.

I just wouldn't put my stock into something that has the potential to be so quickly destroyed.

Sure, the enemy knows where the silos are. But they have the protection of distance. Tech is making that protection less relevant now. But if the U.S. would get off its collective tail and invest in a serious defense, silos would remain a formidable asset.

I'm a firm believer in road mobile ICBMs. The U.S. really should be investing in those.
O

Then the un-agreed upon consensus is diversify.
placing all your eggs in one basket makes you more vulnerable to an a successful attack.

Obreid said:
Then the un-agreed upon consensus is diversify.
placing all your eggs in one basket makes you more vulnerable to an a successful attack.
Click to expand...

That was the entire point of the nuclear triad when they first came up with it in the 1960s. Except the triad we had in the 1960s is essentially the same triad we have now, and it's no longer effective. We put all our nuclear eggs in three baskets and instead of improving the baskets over time, they just kept adding more eggs. Now we have a nuclear omelet.
O

RiffRaff said:
That was the entire point of the nuclear triad when they first came up with it in the 1960s. Except the triad we had in the 1960s is essentially the same triad we have now, and it's no longer effective. We put all our nuclear eggs in three baskets and instead of improving the baskets over time, they just kept adding more eggs. Now we have a nuclear omelet.
Click to expand...

The bommer’s trident targeting system was upgraded with in the last five years increasing their effectiveness enough they estimate fewer warheads would be needed per target. Lord what a bizarre surreal topic to be discussing.

I agree on the radioactive levels from warheads they are actually cleaner than a reactor meltdown and two weeks to shelter in place. Lots of duck tape to seal up the house and go as dark as you can for that period. Wait any initial fallout out as best you can.
In the Chernobyl exclusion zone in large mammals they have not seen a lot of mutations. And the wildlife population has taken on a primeval character.
Some residents refused to leave and they stayed there the rest their lives.
Life finds a way and that includes humans. We’ve have survived in all the climates from Amazon, to arctic oceans, and deserts; and two ice ages.
You would be the 21st centuries Ham, Shem, and Jepheth 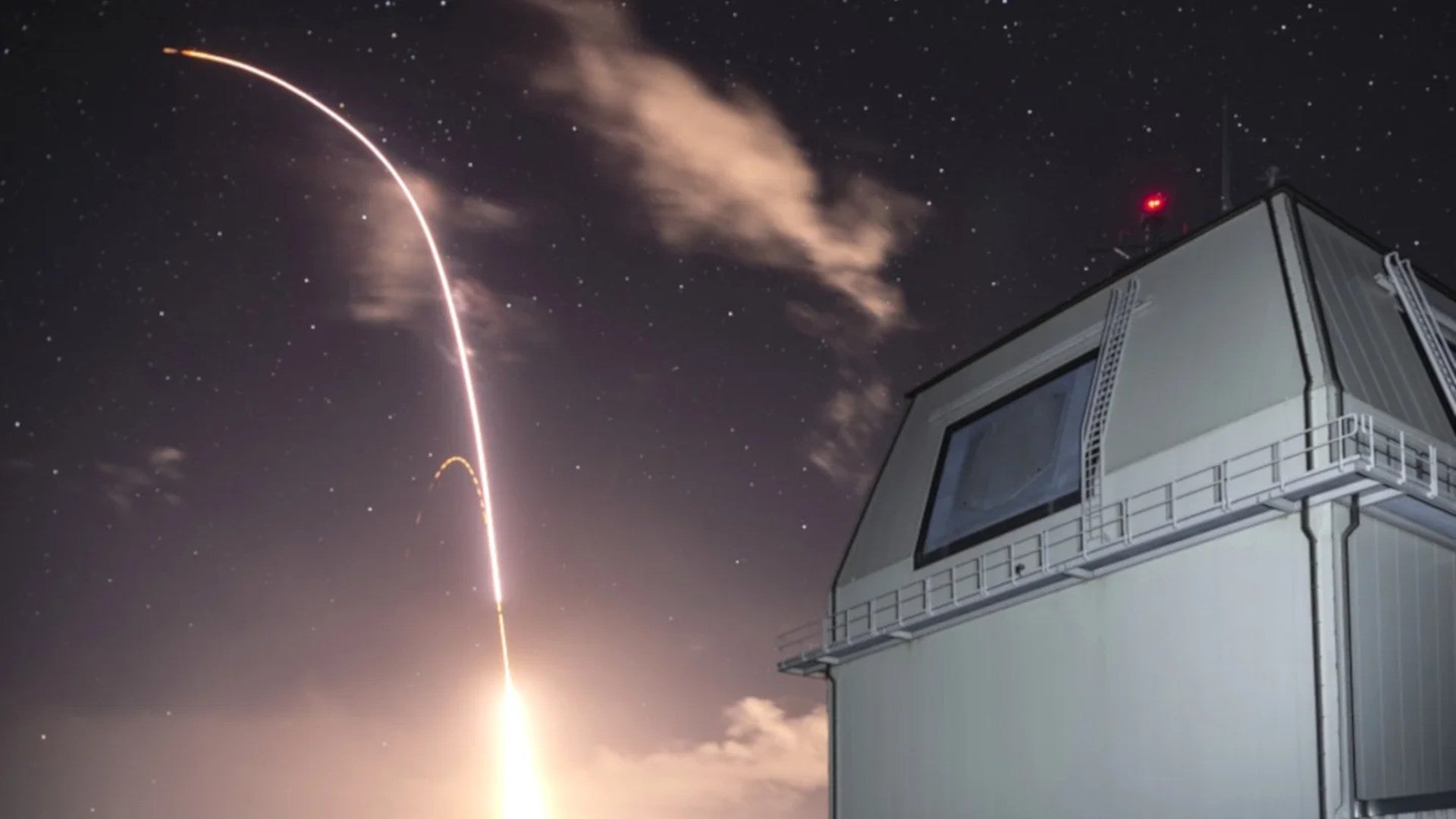 New details about plans to establish an Aegis Ashore site on Guam underscore the threats that the system itself could face in a major conflict. 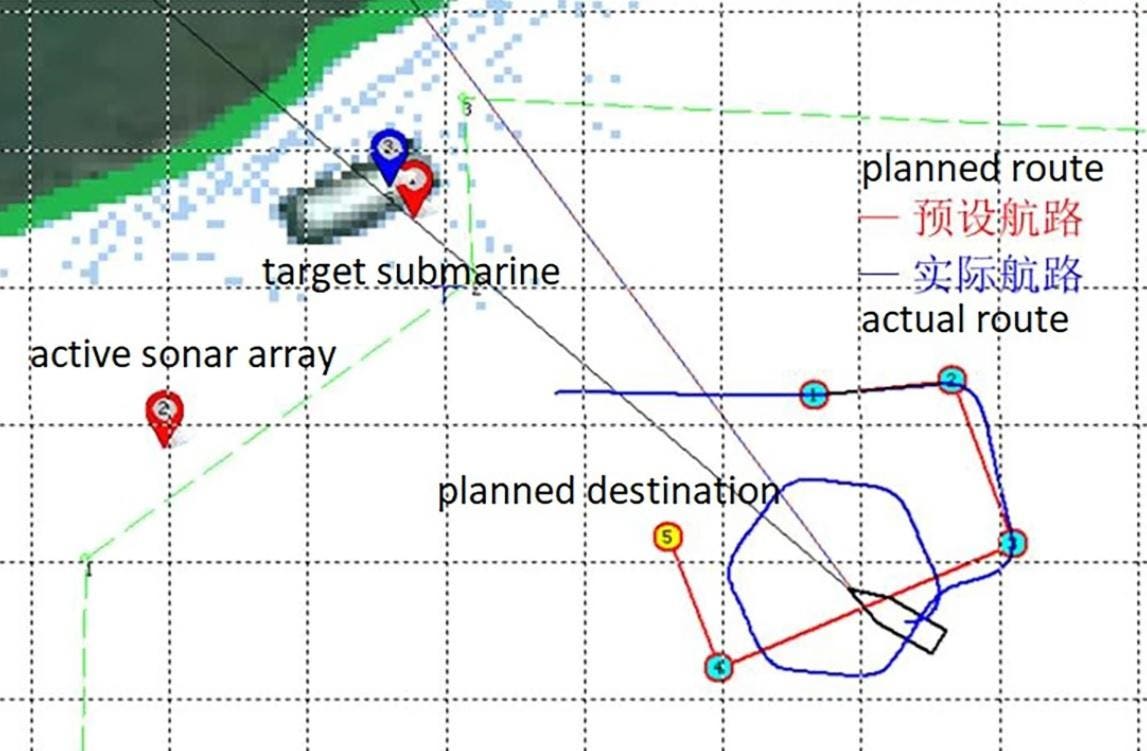 Chinese reports describe a newly declassified 2010 exercise in which an unmanned submarine tracked, stalked and fired a torpedo at a mock enemy sub. However, there are good reasons not to take the report at face value.

Hmmm, another field under development to accommodate over 100 silos.

China Increasing Its Intercontinental Ballistic Missile Silos By A Factor Of Ten: Report​

A new ICBM silo field taking shape in the northwest of the country is the second to be identified in only a month.​

Building more nukes is a borderline self-harming behavior.
I'm sick of this. They have all learned nothing at all, it's all pointless and hopeless.
They can't begin to comprehend and find a way out of this endless nuclear misery.
This is probably the last stage of humanity.
R

RiffRaff said:
First of all, citation needed for your claim, because Biden has already agreed to a $2 trillion nuclear rearmament plan that includes replacing 400 Minuteman III ICBMS with 600 new nuclear missiles with new nuclear warheads. This new nuclear arms race is going to get a lot of people killed.

Secondly, the concept of land-based missile silos is antiquated and they should be eliminated from American soil. Their locations are not secret - you can go on Wikipedia and obtain the exact lat/long coordinates for every active Minuteman III silo the US has. Our ability to get those missiles out of the ground and launched before they can be destroyed in a first strike scenario has seriously been in question for decades. And those missile bases would be blanketed by groundbursts in an effort to destroy them before they could be used, creating a huge source of radioactive fallout this country would suffer unnecessarily in any nuclear conflict.

In other words, they are obsolete and create more of a dangerous liability to the US than a strategic asset. If the US wants to maintain the land-based missile portion of its nuclear triad, they need to go to mobile missile launchers like Russia has, and even then I question the need for it. Just one of our SSBNs has sufficient firepower to deter a first strike or respond with a massive counterforce strike if necessary.

Finally, your ranting insults against anything Democrat are becoming tiresome in the extreme. You might try taking a deep breath and analyzing what is actually being done and if it's strategically necessary in a 21st century nuclear world rather than just assume that if the Democrats are behind it, it must be with the concept of destroying America as we know it. Calm down, take off the tinfoil hat, be a positive contributor to this forum, and save your political tirades for the Politics board.
Click to expand...

Just stating the obvious facts. I am 100 percent for mobile ground based nukes if They have the range to hit what is needed. Russia recently built the Satan2 silo missiles for a reason. To hit the deep south if their subs are sunk.
Nancy and the Democrats in Congress immediately objected to Trump's ICBM plan, the first month of Bidens coup. They called in the joint chiefs who said that they would have to go to round the clock bomber flights , flown to their 80s style control points causing Russia to do the same. Having that many weapons in planes airborne is 100,000 times more dangerous!!

Our military Leaders are currently being forced to study race. How not to be White exactly!!! Not studying better tactics or our enemies, so you can be ignorant of facts all you want and act like you're being a Mr know it all to this forum but this is a dam discussion forum, one not controlled by Communist China Ace!

Didn't you hear the latest? Biden said he has drove 18 wheelers before

. Maybe we can wait before we unveil our mobile launchers cause he will want to act like he is driving one. and the leftist will actually believe he is doing it lol.
R

DuckNCover said:
Building more nukes is a borderline self-harming behavior.
I'm sick of this. They have all learned nothing at all, it's all pointless and hopeless.
They can't begin to comprehend and find a way out of this endless nuclear misery.
This is probably the last stage of humanity.
Click to expand...

If it wasn't for nuclear weapons we probably would have been at WW5 by now. War is good for business but a hell of a lot better to keep anyone from invading your land.

rudemarine said:
wasn't for nuclear weapons we probably would have been at WW5
Click to expand...

More like we would be fighting a never ending world war for a couple of decades. Not that there would be many world wars, just that a world war today with no nukes may never end. Causing more deaths a nuclear war could ever hope to achieve.

Nuclear weapons-(WWIII) are like ripping duck tape off your facial hair quick. Hurts and deadly as hell. But not as bad as a slow burn like being stinged 300 times in a row by wasps is like
a world war would be without nukes today.
Last edited: Jul 30, 2021
D

War is going to happen sooner or later, nukes will not prevent it but they just make it faster and deadlier
and the radioactive fallout will leave a permanent genetic imprint in nature.
An event of extinction is triggered.

"All of this has happened before. And it will all happen again."

RiffRaff said:
"All of this has happened before. And it will all happen again."
Click to expand...