DucknCover said:
2. China plays the long game, it will outdwarf the U.S. Navy and continously tighten it's grasp on the Pacific. (my bet)
Click to expand...

That would be my bet as well. But the time to strike Taiwan is pretty good at the moment.
W

UPDATE 5-China holds assault drills near Taiwan after 'provocations' (yahoo.com)
Taiwan believes China is trying to gather electronic signals from U.S. and Japanese aircraft so that they can "paralyze reinforcing aircraft including F-35s in a war", the source said, referring to the U.S.-operated stealth fighter. Yew Lun Tian and Yimou Lee

Again my question a few days ago was. Where are all the assets, equipment, and troops going after they leave the Middle East.

Likely Asia and Europe. I highly doubt our troops are really coming home.

Our main enemies are more scared than curious about getting away with things. Once we tie up and finish in the middle east the entire US military almost souly be focused on Russia and Chinas ass.

DarkNoon said:
The era of unchecked China and Russian agression will be a thing of the past. China and Russia get out of jail free card will expire once we leave the Middle East.
Click to expand...

Which Is great, we need to remind Russia and China of their place in the global community.

You know the short yellow bus equivalent (handicaps) of "world powers" they really are.

People give way to much credit to China and Russia. But shows how weak minded someone is for believing Russian and Chinese propaganda that somehow they are on our playing field in anyway. Haha
Last edited: Aug 17, 2021
D

If there are US troops present on Taiwan island, China will crush them by force: Global Times editorial - Global Times

In a tweet on Tuesday, US Senator John Cornyn astonishingly said that the US has as many as 30,000 troops stationed on Taiwan island, more than the 28,000 US troops in South Korea.
Click to expand...

If that is true, the Chinese government and the Chinese people will never accept it. It is believed that China will immediately put the Anti-Secession Law into use, destroy and expel US troops in Taiwan by military means, and at the same time realize reunification by force.
Click to expand...

If there are US troops present on Taiwan island, China will crush them by force: Global Times editorial - Global Times

Sounds like a petty child is upset he can't get away with shit anymore. Nothing to worry about. China needs us ten fold more than we need them.

Okay, after a search, it seems Cornyn did tweet that, but deleted it as it was erroneous.

DEFCON Warning System said:
Okay, after a search, it seems Cornyn did tweet that, but deleted it as it was erroneous.
Click to expand...

To bad, hope Biden really pushes China around now. Show them their days of bullying neighbors are over with now we will be out of the middle east. Ditto for Russia.
D 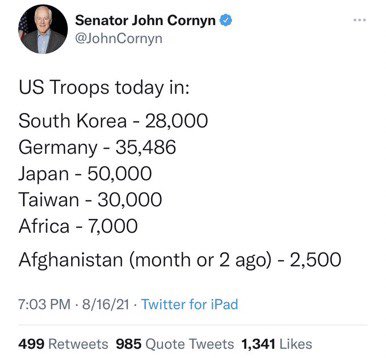 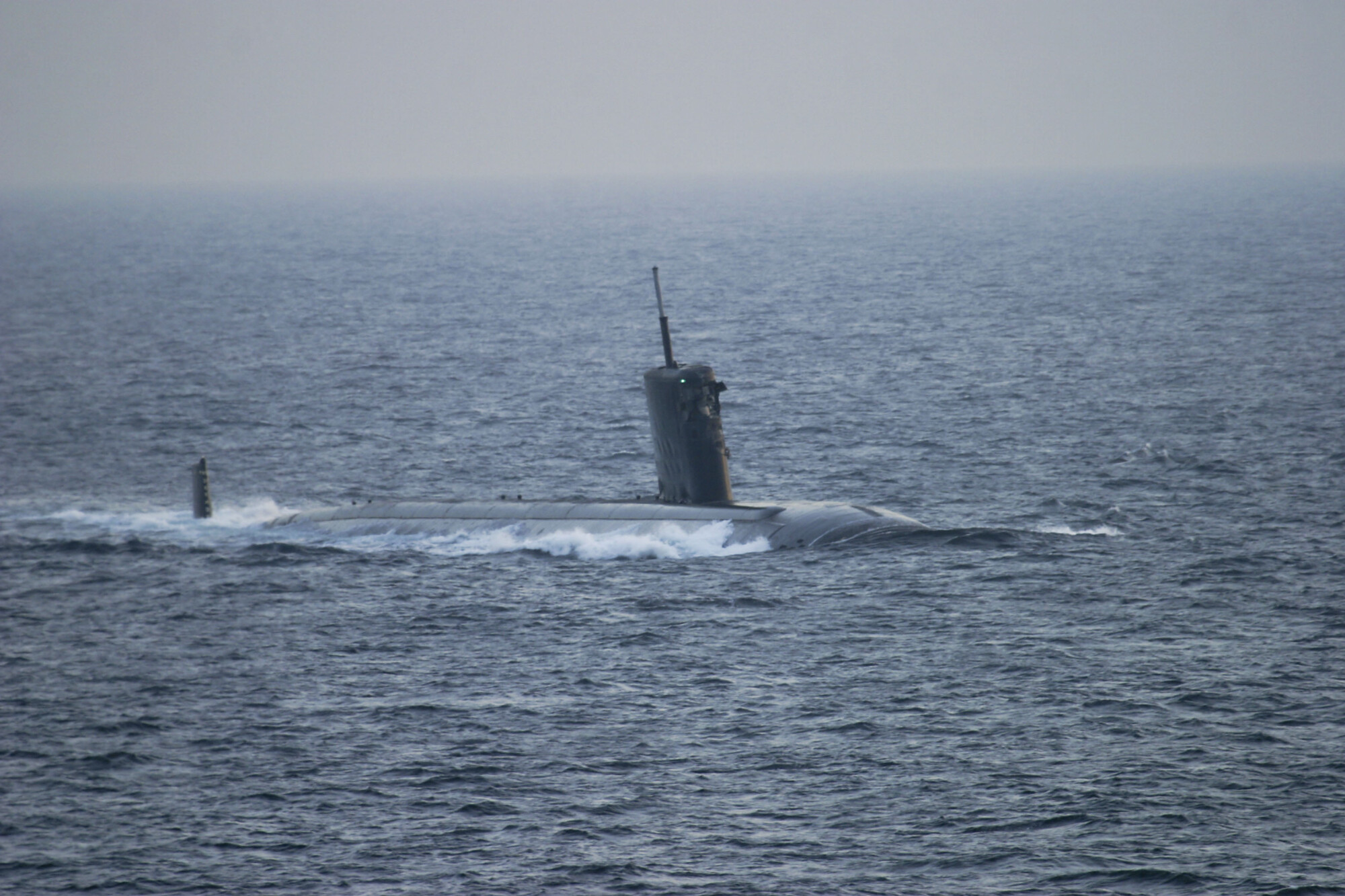 In a rare move, the United States reportedly sent all three of its most powerful nuclear submarines to ...

In a rare move, the United States reportedly sent all three of its most powerful nuclear submarines to the Pacific Ocean—a possible show of naval strength to adversaries like China.
D

www.globaltimes.cn
The Chinese People's Liberation Army (PLA) on Tuesday launched joint live-fire assault drills in multiple locations near the island of Taiwan in response to recent collusion and provocations by the US and Taiwan secessionists. The Chinese People’s Liberation Army (PLA) on Tuesday launched joint live-fire assault drills in multiple locations off the coast of Taiwan. This is just what Jack Posobiec and The War Room said would happen next. China is emboldened with US weakness in the region, the historic collapse of...

www.thegatewaypundit.com
China carried out assault drills near Taiwan on Tuesday, with warships and fighter jets exercising off the southwest and southeast of the island
in what the country's armed forces said was a response to "external interference" and "provocations". 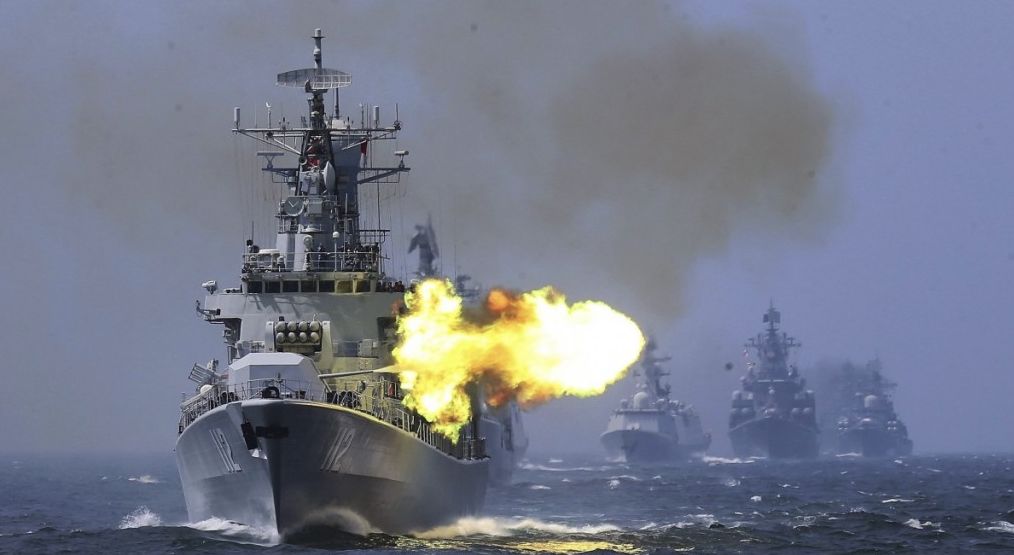 In a rare move, the United States reportedly sent all three of its most powerful nuclear submarines to ...

In a rare move, the United States reportedly sent all three of its most powerful nuclear submarines to the Pacific Ocean—a possible show of naval strength to adversaries like China.
Click to expand...

This seems to be confirmed: 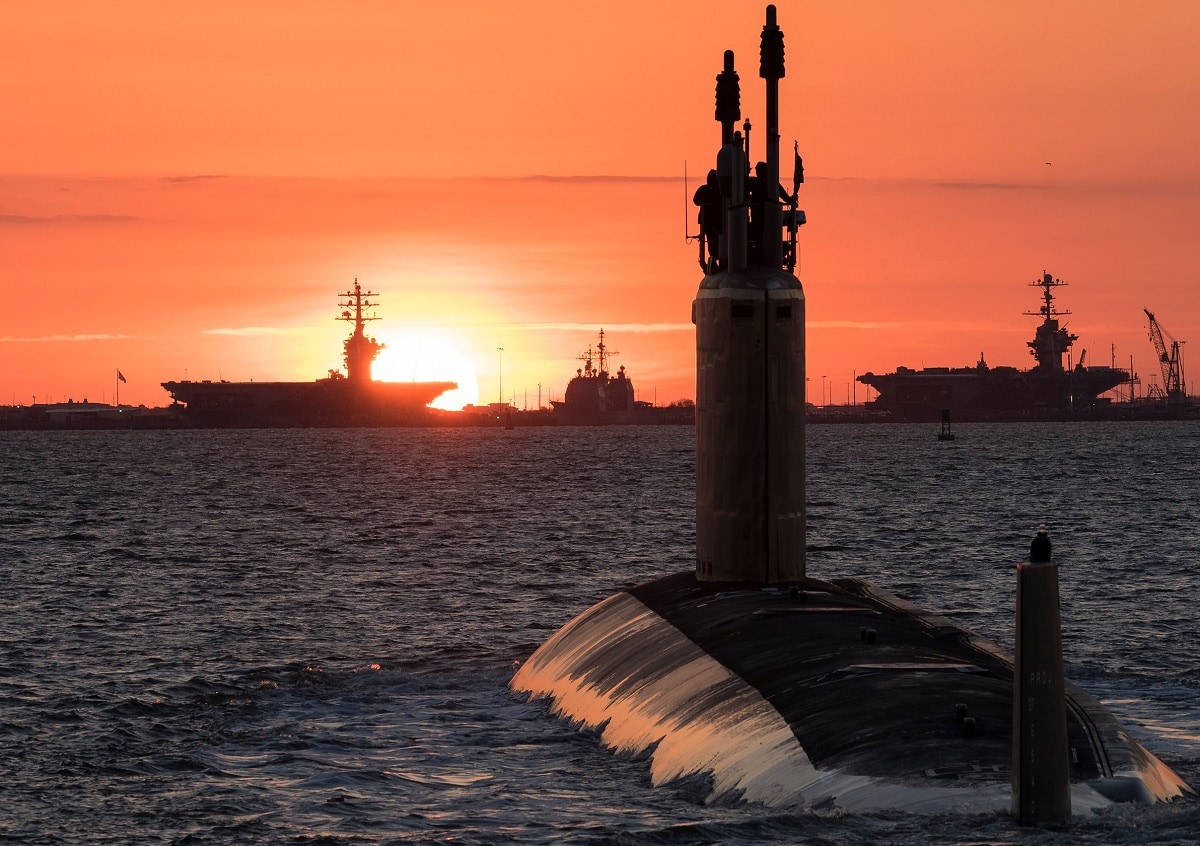 Why did the Navy Send Its Only Three Seawolf Submarines to the Pacific?

There was an exceedingly rare occurrence in July, when the U.S. Navy appears to have deployed all three of its Seawolf-class nuclear attack subs to the Pacific Ocean at the same time. According to a Forbes article earlier this month by Forbes Defense Writer David Axe, the USS Seawolf, USS...

Biden argued: “We have made — kept every commitment. We made a sacred commitment to Article V that if, in fact, anyone were to invade or take action against our NATO allies, we would respond. Same with Japan, same with South Korea, same with Taiwan.
Click to expand...

President Joe Biden vowed that the United States would “respond” to any possible Chinese invasion of Taiwan, pushing back on criticism from Chinese state-run media that the U.S. debacle and Taliban takeover in Afghanistan should make the island of Taiwan question whether the U.S. would protect...

DucknCover said:
President Joe Biden vowed that the United States would “respond” to any possible Chinese invasion of Taiwan
Click to expand...

Biden certainly has something to prove after Afghanistan. But what exactly does "respond" mean?
T

so what is this, chinese accounts/people that have lost all faith in biden trying to drive out the message that america won’t protect taiwan?

This is one of the more frustrating things about Websleuths: National Security. There are lots of objective and verifiable things that have happened lately to suggest that China is moving closer to this decision. I think it is more than reasonable to suggest that events in Afghanistan are likely to embolden China and make Taiwan more compliant. But then there's the jump to "it's happening in less than 45 days!" That's just not credible, and if China invades tomorrow, it still wouldn't have been credible today.

Where I am right now is a frequent spot for me. In the past, our ambiguity in our position on Taiwan has probably served us and the Taiwanese fairly well. As China's objective capabilities ramp up, their subjective perception of what we might do becomes more important. I think they could probably be deterred by an open and unambiguous pledge to defend the Taiwanese, at least in the short term. I doubt much else will do it. My biggest concern is that if we are actually willing to do that (which I do not think we are), we need to make sure the Chinese understand this very clearly. The worst case scenario is one where we end up in a war that the Chinese did not think would be sparked and that we thought we would have been able to prevent through deterrence. OTOH, if you are talking recalling an ambassador and some significant trade limitations, sticking with ambiguity is probably your best play.
N

Saguenay said:
If this scenario arises: What are the
USA | NATO?
Click to expand...

Glad you did not mention the EU, to say that the solution is the fight against global warming.

Train said:
so what is this, chinese accounts/people that have lost all faith in biden trying to drive out the message that america won’t protect taiwan?

Agreed. The reliability of information posted by a person whose Twitter handle is I Will Not Comply_Hic Est Veritas doesn't exactly rank up there with the BBC.