Staff member
Despite #Wuhan, other cities in #Hubei Province are also hit hard by novel #coronavirus outbreak. #Huanggang, about 30 miles east of Wuhan, has found 13,000 residents with fever via community screening, said local government officials at a press conference on Tue https://t.co/kGgPKhVlV6
K

Staff member
Reuters: WHO CHIEF SAYS 99% OF CORONAVIRUS CASES ARE IN CHINA BUT THE EMERGENCY "HOLDS A VERY GRAVE THREAT FOR THE REST OF THE WORLD"

Staff member
Hong Kong’s Hospital authority announced that the #COVID19 epidemic has cause the city to run out of blood in the blood bank. They are asking Hong Kongers to donate blood. https://t.co/bsXzl3NzFz
W

krzepice1976 said:
Reuters: WHO CHIEF SAYS 99% OF CORONAVIRUS CASES ARE IN CHINA BUT THE EMERGENCY "HOLDS A VERY GRAVE THREAT FOR THE REST OF THE WORLD"

So far, the projections that I'm seeing show that as long as there remains below 3 imported cases in a region, there is a less than 50% chance of a sustained outbreak. There is also evidence that this virus is inactivated by high heat and humidity, which might explain why there is a lack of any outbreaks in Africa or Australia.
W

For those who are wondering why there are some similar genes between the SARS-CoV-2 and HIV, the answer is that both viruses use a protein called protease to enter the host cell. This is also why researchers have been focusing on a specific class of HIV drugs, protease inhibitors, as a possible treatment against the disease.

Staff member
The World Health Organization has cautioned it is "way too early" to say whether the new coroanvirus, COVID-19, might have peaked or when it might end, following a drop in the number of new cases.

The warning came shortly before the United Kingdom confirmed the first case of the coronavirus in its bustling capital, London.
The death toll in mainland China continues to climb, with 1,113 deaths and 44,653 infections reported on Wednesday. Most deaths are in Hubei province and its capital city of Wuhan, where the virus originated.
The coronavirus epidemic may be peaking in China where it was first detected in the central city of Wuhan but it is just beginning in the rest of the world and likely to spread, a global expert on infectious diseases said.

Singapore's biggest bank DBS has evacuated 300 staff from its head office as a precautionary measure following a confirmed coronavirus case at the bank, according to an internal memo seen by Reuters News Agency. 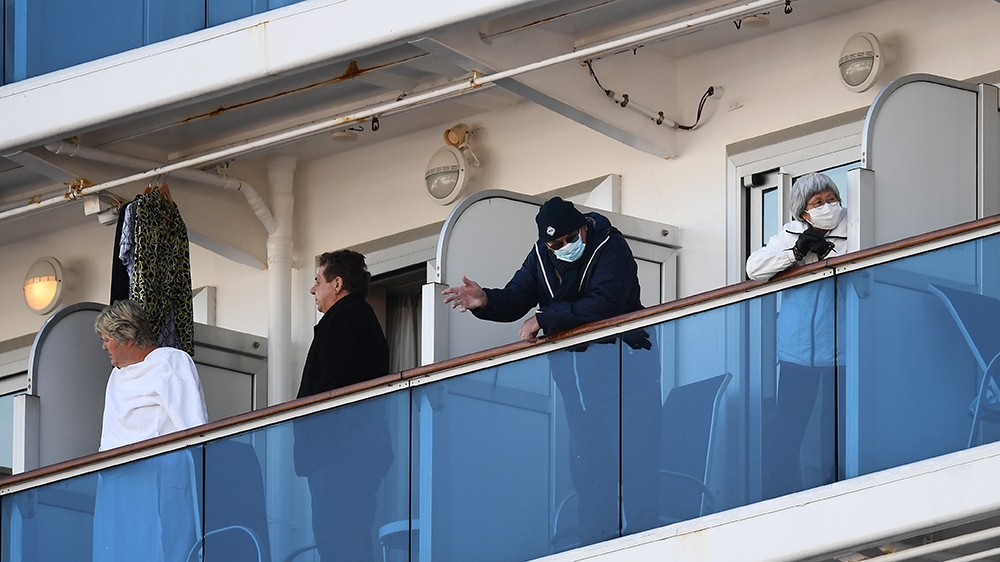 The World Health Organization warns against predictions that the outbreak is slowing, as UK confirms first London case.

Hyperbole. I can make up stats too.

DEFCON Warning System said:
Hyperbole. I can make up stats too.
Click to expand...

Hard to say since we can't trust China.

a first municipality placed in quarantine in Vietnam

With the numbers of people infected with #coronavirus increasing, Professor Neil Ferguson - director of the
@MRC_Outbreak at @imperialcollege
tells #r4today he feels we’re in the “early phases of a global pandemic”

Staff member
The World Health Organization (WHO) has said that a spike of 14,000 coronavirus cases in China on Thursday was the result of new counting methods, and did not represent a major shift in the outbreak.

"This increase that you've all seen in the last 24 hours is largely, in part, down to a change in how the cases are being reported," Michael Ryan, head of WHO's health emergencies programme, told reporters.

Ryan also said he expected members of a WHO-led international mission to China to arrive over the weekend. 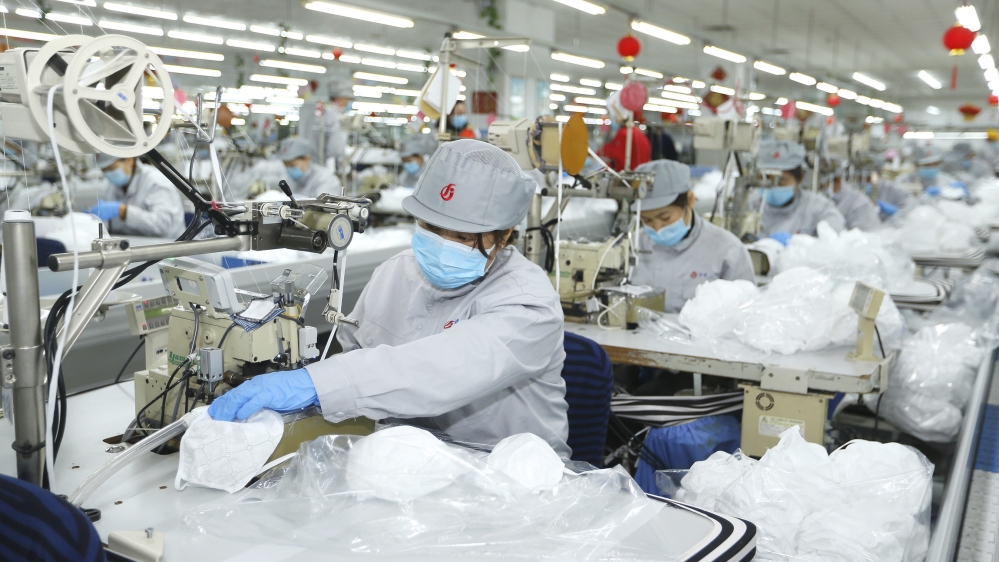 Officials in China's Hubei replaced after surge in deaths and criticism of provincial government's handling of outbreak.

krzepice1976 said:
The World Health Organization (WHO) has said that a spike of 14,000 coronavirus cases in China on Thursday was the result of new counting methods, and did not represent a major shift in the outbreak.
Click to expand...

Didn't China also say they are not counting people who have the virus but have no symptoms? So how exactly did this big number come about?
W

DEFCON Warning System said:
Didn't China also say they are not counting people who have the virus but have no symptoms? So how exactly did this big number come about?
Click to expand...

They're starting to count patients who doctors have diagnoses using simple chest X-Rays. This will allow faster diagnosis, since the PCR test takes longer to run. I have been surprised that the Chinese took this long to do this; usually, during any major epidemic, counting people as "presumptive positive" is usually permissible, since it is so difficult to run tests on the sheer number of people presenting with symptoms.
K

Staff member
New fatalities push nationwide death toll close to 1,400 and further 5,090 new cases take total infections near 65,000.
China on Friday reported 121 more deaths from the coronavirus outbreak, 116 of which are from the epicentre of the infection in Hubei Province alone, bringing to at least 1,380 the total number of deaths across the country.
Six health workers have died from the new coronavirus in China and more than 1,700 have been infected, health officials said. 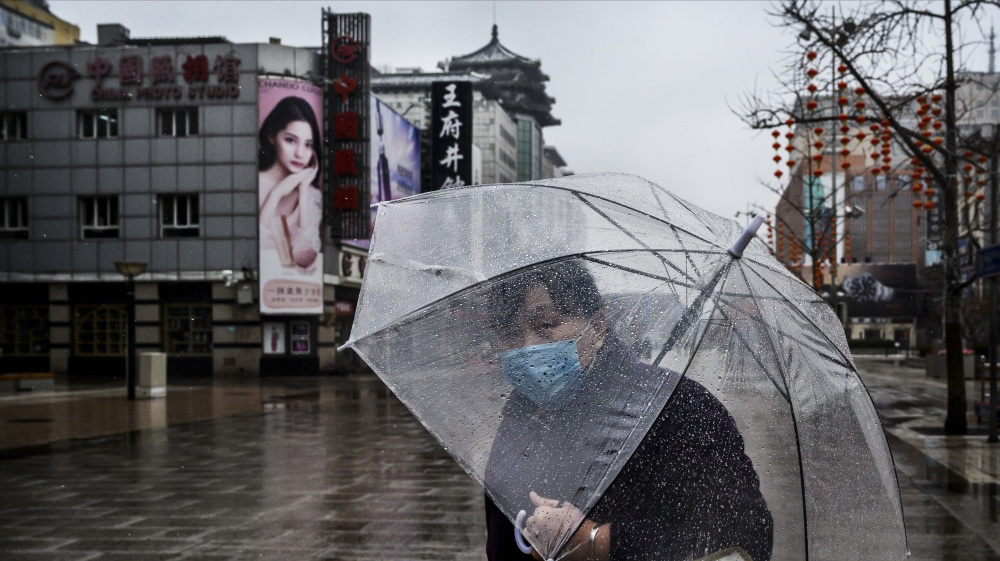 Staff member
With so few cases showing up outside China, are we past the idea of this becoming this century's plauge, or is there still more to come?