Now, all the attention is of the fire around #Chernobyl Power Plant, but the amount of ecological and cultural damage caused by the fires to the Exclusion Zone over the last week is simply devastating... https://t.co/6YfDBkoqsN
K

Now the fire reached #Pripyat and is located two kilometers directly from the Pidlisnyy radioactive waste storage facility, which houses the most highly active radiation waste of the entire #Chernobyl zone and from the Chernobyl NPP https://t.co/nge1lHVleP
K

Posted by a firefighter on Facebook. As it seems the fire has reached the first buildings on the #Chernobyl Nuclear Power Plant area #chernobylfire https://t.co/PRPFRIuB7O
Click to expand...

Forest fires that have been burning for several days in Ukraine are now no more than a few kilometers from the abandoned #Chernobyl nuclear plant,

It was now just 2km (1.24 miles) from where the most dangerous waste from the plant was stored.

In the midst of #COVID19 https://t.co/nKvl0wVwtd
K

Wildfires near the Chernobyl nuclear power plant burning since April 3 have already become the largest for the entire existence of this exclusion zone. These fires are extremely dangerous because radionuclides located in the upper soil layers might be released into the air. https://t.co/QyDkeq6PGY

I know there has been some very minor radiation spikes in the area, but thought it wasn't worth covering on the main site. Has there been any change to that?
O

I would think the big concern is how safe the containment structure and supporting systems are.
I’ve never dived deep into the containment building but I would think it’s a combination of passive and active systems.
Hope the French company which built it planned for this scenario.

According to this calculation, a radioactive cloud from a fire in the contaminated territory of #Chernobyl will cover the capital of #Ukraine #Kyiv, tomorrow, April 14, early in the morning.

If I'm reading that map right, there isn't a lot of radioactivity there.

DEFCON Warning System said:
If I'm reading that map right, there isn't a lot of radioactivity there.
Click to expand...

Becquerel per cubic meter????? What the hell kind of radiation measurement is that??? I've already had to learn about rads, rems, and sieverts. Now I've got to go look up Becquerels, too?????

RiffRaff said:
Becquerel per cubic meter????? What the hell kind of radiation measurement is that??? I've already had to learn about rads, rems, and sieverts. Now I've got to go look up Becquerels, too?????
Click to expand...

It's just a unit of measurement. Like Sieverts, I don't like it. It's uncommon and not easily digested by the public.

Yeah, I had to go look it up, and it's very cumbersome.

Fires in Ukraine in the exclusion zone around the Chernobyl power plant: Update on 15 April 2020

The red triangle represents the location of the fires, the time is in UTC.

The discharge used was evaluated by reverse modeling (use of available measures) over the period from April 3 to 12, 2020, the dispersion simulation continues until April 14, 2020.

The gift of socialism that just keeps giving.

Fires in Ukraine in the exclusion zone around the Chernobyl power plant: Update on April 17 2020

Scattering models indicate that radionuclides released from the areas hit by forest fire in northern Ukraine could have reached Finnmark in northernmost Norway in recent days.

There are six air filter stations in Norway, but the one at Svanhovd in the Pasvik valley is the only one where Cesium-137 is measured. Although more than 2,000 kilometers north of Chernobyl, the wind could easily have brought radiation released from burning trees to the Pasvik valley.

The April 26th 1986 Chernobyl disaster sent clouds of radiation across Europe, and isotopes where accumulated by plants and trees also in the nearest fallout area from the nuclear power plant.

Released off radiation was measured inside the forest fire hit areas already in early April.

Bredo Møller with the Norwegian Radiation and Nuclear Safety Authority’s Emergency Preparedness unit at Svanhovd says to the Barents Observer that the levels now measured are very small.

“From time to time we measure Cesium-137 at the air filter origin from the Chernobyl fallout, but this time it was a bit higher than normal, about 0,3 micro becquerel per cubic meter air,” Møller says.

He underlines that the origin is unknown, but says winds from Chernobyl area could have reached Finnmark region. 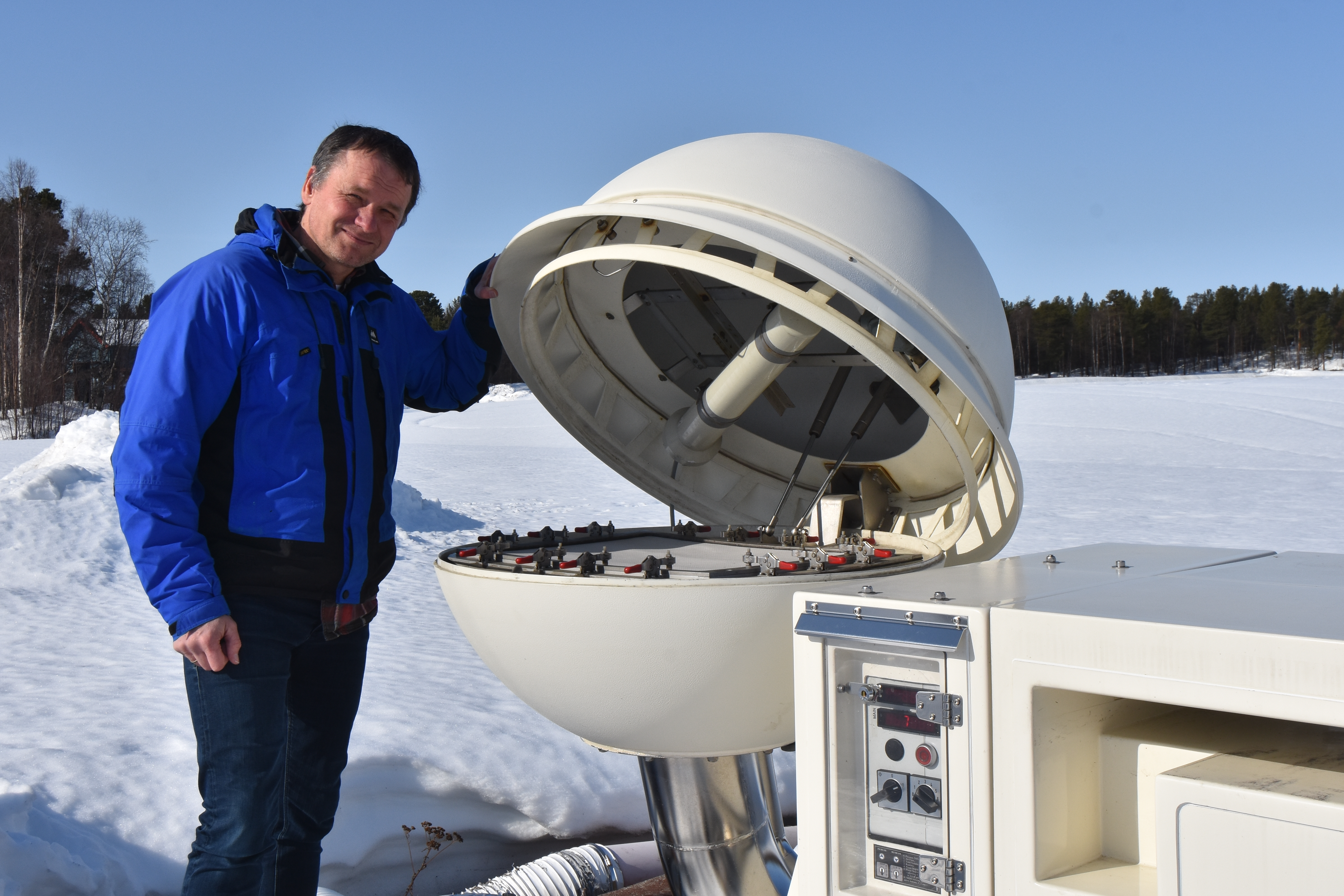