"Anything below 70 kilometers is considered a shallow quake," CNN meteorologist Allison Chinchar previously said. "That's important, because shallow earthquakes often cause the most damage, compared to the ones that are deeper, regardless of the strength."

A tsunami warning had been issued following the earthquake, according to the National Oceanic and Atmospheric Administration. The warning was in effect for south Alaska and the Alaska peninsula -- Pacific coasts from Kennedy Entrance, Alaska (40 miles southwest of Homer) to Unimak Pass, Alaska, according to the Tsunami Warning Center.

But all tsunami warnings and advisories were canceled early Wednesday morning, 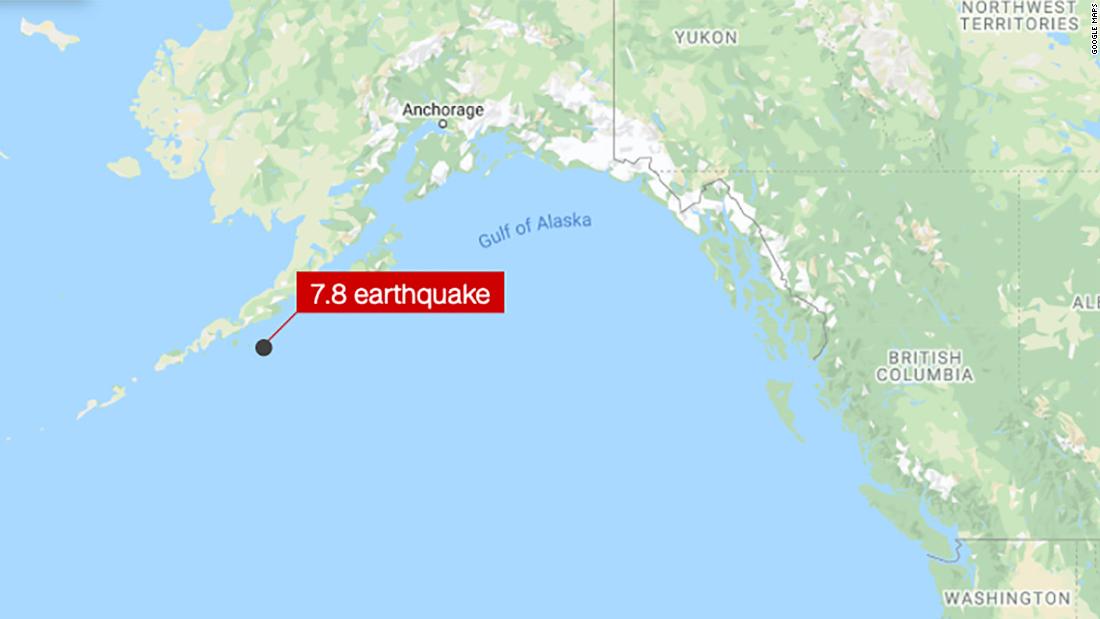 An earthquake with a magnitude of 7.8 struck off southern Alaska's coast late Tuesday, shaking the Alaska Peninsula and briefly sparking tsunami concerns before officials said no destructive waves were coming.