willrod1989 said:
Yep, here we go again. More references to economic sanctions. I think it's clear at this point, unless Putin makes a move on Kyiv, there shouldn't be any kinetic action from NATO.
Click to expand...

I disagree in that it cannot and should not be limited just to Kyiv. Any enlargement or new territories should be resisted including kinetic.
When and where will it stop.
Should Ukraine be expected to give up Mariupol - Odessa?

Obreid said:
Latvia Georgia Moldova all seem to have an opinion of where the problem lies or they wouldn’t be asking for closer ties with nato at this time
Click to expand...

Funny thing is, I don't think even NATO wants Ukraine in NATO. If Russia would just back off, Ukraine can go back to being the future battleground between superpowers.

Funny thing is, I don't think even NATO wants Ukraine in NATO. If Russia would just back off, Ukraine can go back to being the future battleground between superpowers.
Click to expand...

Is Putin just that stupid of delusional or is there a for this push right now.
If they had backed after Crimea the pipeline flow and development would have been unabated.
So there has to be a end goal beyond just no Ukraine in nato.
This strategy will only work for Putin unless he is fully committed to open conflict and any conventional level, As he says.
That’s some high speed poker playing.

'In recent weeks, Russia has stepped up planning for potential military action in Ukraine, including positioning tens of thousands of additional combat forces near the Ukrainian border,' said Blinken, who meets Thursday with Russian Foreign Minister Sergei Lavrov.

He also cited 'evidence that Russia has made plans for significant aggressive moves against Ukraine' – including 'efforts to destabilize Ukraine from within.'
That remark appeared to echo a warning by Ukrainian President Zelensky issued over the weekend.

'We've made it clear to the Kremlin that we will respond resolutely, including with a range of high impact economic measures that we have refrained from using in the past,' Blinken said. 'Should Russia reject diplomacy and reinvade Ukraine, we will be prepared to act,' he added. Blinken spoke at a meeting of NATO foreign ministers in Latvia. -MSN <---Link
Click to expand...

A senior Russian senator has advised Kiev and the West to consider how Moscow will react following revelations that strike missile systems could possibly appear in Ukraine, close to the Russian frontier.
Writing on his Telegram channel, Aleksey Pushkov suggested that Russia would have to take action in response. -
“The appearance of missile strike systems in Ukraine will force Russia to react,” he wrote. “I believe that Kiev, Brussels, and Washington should take this warning very seriously.”
Pushkov was reacting to a comment made by Russian President Vladimir Putin at Tuesday’s “Russia Calling!” Investment Forum, when he said that the appearance of advanced weaponry near the border is a serious issue. 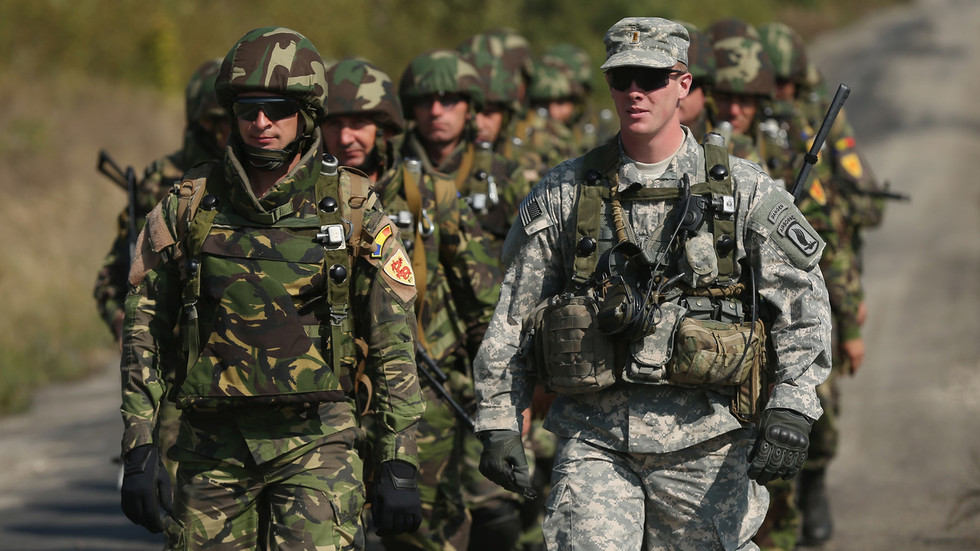 A senior Russian senator has advised Kiev and the West to consider how Moscow will react following revelations that strike missile systems could possibly appear in Ukraine, close to the Russian frontier.

Putin and West Spar Over NATO’s Military Ties to Ukraine:​

MOSCOW — President Vladimir V. Putin of Russia demanded “legal guarantees” on Wednesday that the NATO alliance would never expand eastward, ratcheting up the stakes as the West scrambled to respond to Russia’s military buildup near Ukraine.

Mr. Putin, who has increasingly portrayed Ukraine’s deepening military partnership with the United States and other NATO countries as an existential threat, said that Moscow wanted to start talks with the West to reach an agreement that would block the alliance’s expansion. He spoke in the midst of what Western officials describe as a growing threat of military action by tens of thousands of Russian troops massing close to the border with Ukraine — a former Soviet nation that seeks to join the Western alliance.

“The threat on our western borders is, indeed, rising, as we have said multiple times,” Mr. Putin said at a ceremony for ambassadors at the Kremlin on Wednesday. “In our dialogue with the United States and its allies, we will insist on developing concrete agreements prohibiting any further eastward expansion of NATO and the placement there of weapons systems in the immediate vicinity of Russian territory.”

Mr. Putin’s demand is a nonstarter for NATO, whose officials say they are committed to allowing every country to pick its alliances for itself. Foreign ministers from NATO member countries gathered Wednesday in Latvia, a former Soviet republic bordering Russia, in a signal of the alliance’s cohesion and its support for its ex-Soviet member states. 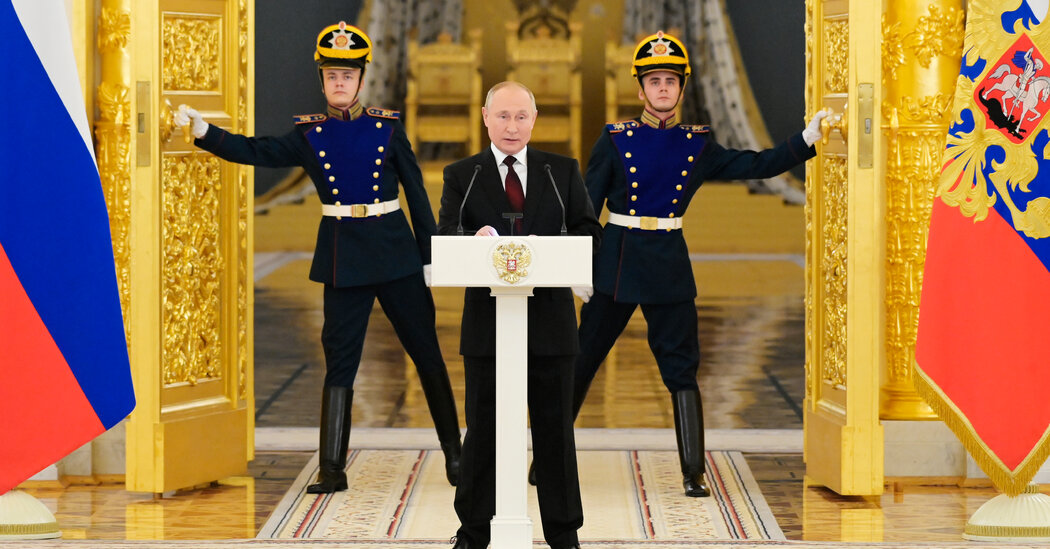 Putin and West Spar Over NATO’s Military Ties to Ukraine

Tensions over Ukraine escalated as Russia’s leader demanded “legal guarantees” that the Western military alliance would not expand to the east, a position NATO regards as untenable.

First real acknowledgment of this coming from any nation in the West. So far it has just been Ukraine's president claiming that one is going to occur in the near future.

Feels like the stage is being setup on both sides so whatever happens there will be plenty of justification to go around. Justification for everybody!
R

Putin says he is not going to mess with Ukraine if NATO agrees legally to not move west anymore IE: into Ukraine, Georgia and will not put western weapons or troops there. He says he wants to have a meeting with the president and UN inspection group who have been watching the fighting. I lost the article where I read that earlier. Sounds like he is willing to calm this down before all hell breaks loose and nobody can stop it.

rudemarine said:
Putin says he is not going to mess with Ukraine if NATO agrees legally to not move west anymore IE: into Ukraine, Georgia and will not put western weapons or troops there.
Click to expand...

Sure, why not ask for a monkey's paw as well? He's as likely to get that.

Lithuanian President: "EU and NATO must do everything to deter Russia from invading Ukraine":
[TRANSLATED]

"We must do everything to ensure that our words and actions are reliable and that the other side understands that it is unreasonable to do unprofitable and that it will face certain reactions that we are ready to do both as NATO and as the European Union," Nauseda said after a meeting with French President Emmanuel Macron in Paris.

According to Nauseda, the French leader is "very familiar with the situation."

Ukraine is working with partners on a package of deterrence for Russia - Kuleb following the NATO summit According to the Foreign Minister, "it is necessary to show strength to avoid the need to prove it later.":
[TRANSLATED]

Russia's actions on the border with Ukraine are part of its aggression against Europe, Foreign Minister Dmytro Kuleba said. He said this, speaking in Riga after a meeting of NATO foreign ministers on December 1.

According to Kuleba, the location of Russian troops indicates possible preparations for the Kremlin's new military operation against Ukraine. "This situation in the region should be considered in a complex: Russian military activity on Ukrainian borders, the use of migrants as weapons, the energy crisis in Europe, attempts to destabilize Ukraine from the inside, Russian attempts to break up the Normandy format and the Trilateral Contact Group, attempts to destabilize the Balkans, increasing the number of cyber attacks and disinformation campaigns – all these are elements of a diverse Russian hybrid aggression against Europe." – said the Minister. https://www.radiosvoboda.org/a/news-ukraina-paket-strymuvannia-rosii-kuleba/31589354.html
Click to expand...

U.S. Defense Secretary Lloyd Austin on Thursday suggested any U.S. response to Russia's actions towards Ukraine would be carried out in conjunction with the international community, as he called on Moscow to be transparent about its military buildup.

Austin, during a visit to South Korea, also voiced hope that the United States and Russia could work to "resolve issues and concerns and lower the temperature in the region." https://www.reuters.com/world/us-de...tent&utm_medium=trueAnthem&utm_source=twitter
Click to expand...

The Kremlin warned it could blow up 32 GPS satellites with its new anti-satellite technology, ASAT, which it tested Nov. 15 on a retired Soviet Tselina-D satellite, according to numerous news reports.

Russia then claimed on state television that its new ASAT missiles could obliterate NATO satellites and “blind all their missiles, planes and ships, not to mention the ground forces,” said Russian Channel One TV host Dmitry Kiselyov, rendering the West’s GPS-guided missiles useless. “It means that if NATO crosses our red line, it risks losing all 32 of its GPS satellites at once.” https://www.gpsworld.com/russia-issues-threat-to-gps-satellites/
Click to expand...

@expat42451 here is something more about what we discussed earlier about all the launches recently from China & Russia. Interesting to say the least what they say on their own state media.
O

DarkNoon said:
Lithuanian President: "EU and NATO must do everything to deter Russia from invading Ukraine":
[TRANSLATED]


Ukraine is working with partners on a package of deterrence for Russia - Kuleb following the NATO summit According to the Foreign Minister, "it is necessary to show strength to avoid the need to prove it later.":
[TRANSLATED]

@expat42451 here is something more about what we discussed earlier about all the launches recently from China & Russia. Interesting to say the least what they say on their own state media.
Click to expand...

The ASAT used was the COSMOS 1408
The latest test was at a low orbit target.
Does anyone actually know can it reach a GPS say in their high orbit?
I know Russia claims they can but would like to know for sure.
P

And now Russia has its pretext
Maskirovka

Stoltenberg also stated that "Russia has no right for having it's own sphere of influence."

This madman said something he shouldn't have. These words are getting out of frame.
A 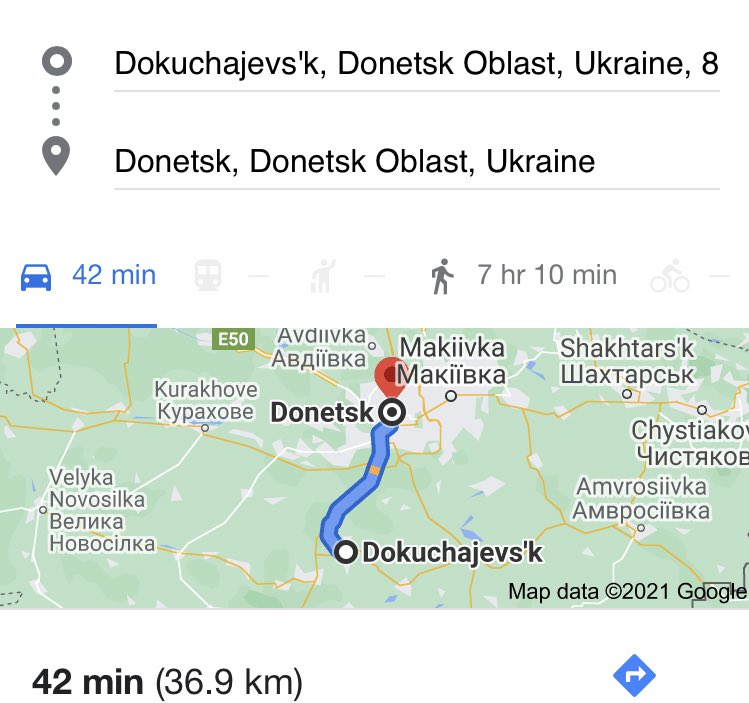 on Staromikhaylovka
Shell explosions are heard by the entire north-western part of the city
16: 55- enemy attacks from the direction of Krasnohorovka artillery shots
16: 52- Staromikhaylovka, Trudovskie, Aleksandrovka are at risk
16: 49-northwest of Donetsk under heavy fire
Petrovsky district is very loud now! Powerful fire!
17: 07-heavy hits continue in the west of Donetsk
17: 01-Staromikhaylovka, Abakumova keep hiding and leave the street. POWERFUL SHOOTING!
The Ukrainian Armed Forces are shelling the north-west of Donetsk. Petrovsky, Kirovsky and Kuibyshevsky districts - now they hear shells exploding. Petrovsky, Kirovsky, Kuibyshevsky districts - people are hiding in the basements. The most powerful roar is all over Donetsk!
Click to expand...

It's hot the entire day, first half of the day are very unpleasant political major statements, and now it's the Ukrainian army shelling villages and Donetsk really hard.
Head of DPR Pushilin now says:

Russia may consider a request for help from the DPR.
This was stated by the first deputy head of the Federation Council committee on international affairs Vladimir Dzhabarov.
“We can consider the issue in the case of a direct appeal and in the event that there is a threat to the lives of people,” he said.
Click to expand...

Earlier, Denis Pushilin said that in the event of an offensive by the Armed Forces of Ukraine in Donbass, the republic will turn to Russia for help.
Click to expand...

There are mentions that Ukraine Army has pulled in BM-21 Grad MLRS systems closer to the front zone. When they start using them it's gonna get worse.