Russian Defense Minister General of the Army Sergei Shoigu held a conference call with the leadership of the Armed Forces:​

Starting work, the Minister of Defense recalled that from November 1 to 3, the Supreme Commander-in-Chief held in Sochi another series of meetings with the leadership of the Ministry of Defense and enterprises of the military-industrial complex. Measures were considered to adequately respond to changes in the situation near the Russian borders. Much attention was paid to improving the country's aerospace defense system. The head of state made a special emphasis on the importance of the advanced development of domestic air defense-missile defense systems, the supply of the S-350, S-500, S-550 systems to the Armed Forces.

The further renewal of the Navy's forces, the pace of equipping surface ships and submarines with Caliber cruise missiles and complexes with Zircon hypersonic missiles and other types of promising naval weapons were discussed separately.

The issues of the development of robotic systems as one of the priority directions of the construction of the Armed Forces were also considered.

The increased capabilities of the branches and arms of the armed forces in solving the assigned tasks were noted through the use of modern unmanned aerial vehicles, systems based on new physical principles and the introduction of artificial intelligence technologies.

According to the head of the military department, the Supreme Commander-in-Chief generally approved the proposals presented by the Ministry of Defense and heads of the defense industry enterprises to increase the combat capabilities of the army and navy, the level of their equipment with modern weapons. The necessary instructions were given on all the issues considered.

Further, the minister recalled that the academic year ended on October 31 in the Armed Forces. “Despite the difficult epidemiological situation,” he said, “the intensity of combat training of troops (forces) remained high. More than 18 thousand major events have been held, including seven and a half thousand exercises and staff training. Chief among them was the West-2021 strategic exercise of the armed forces of Russia and Belarus.

For high rates of combat training, observance of law and order and military discipline, the proper condition of weapons and military equipment, about four hundred subunits were presented to the honorary title "shock".

In the current month, it is necessary to take stock and complete the planning of the training of troops.

“It is important,” Sergei Shoigu noted, “to organize high-quality training camps and instructor-methodological classes, to continue training reservists in the military districts and the Airborne Forces. To transfer to the winter operation mode in the new academic year weapons, military equipment, range equipment and facilities of the training and material base. "

He drew attention to the fact that all the activities of the preparatory period should be completed by November 25.

Then the minister reported on the situation with COV1D-19 in the Armed Forces.

“At a meeting in Sochi,” said Sergei Shoigu, “the President of the country emphasized the need to guarantee the health of Russian servicemen, to do everything to keep the personnel in the ranks. The combat readiness of the army and navy directly depends on this. The operational headquarters for the prevention of the spread of the new coronavirus infection in the Armed Forces solves this problem around the clock. The measures taken during the non-working days made it possible to prevent an increase in morbidity in the troops, military educational institutions and pre-university educational organizations of the Ministry of Defense. To a large extent, this was facilitated by the active revaccination of personnel against the new coronavirus infection, ”the minister said.

Currently, over 300 thousand servicemen have undergone revaccination. By the end of the year, it is planned to re-vaccinate another 253 thousand people. To date, 95% of military personnel and 70% of civilian personnel have been vaccinated. In order to avoid the introduction of the coronavirus into military collectives and its spread, special control has been placed on the observance of anti-epidemic measures during the ongoing autumn conscription campaign.

“In accordance with the instructions of the President of the Russian Federation, we continue to provide assistance to the country's regions in the fight against coronavirus infection,” said the head of the military department. - 576 tons of liquefied oxygen were transferred to medical organizations of 39 subjects. "

Further, Sergei Shoigu proposed to discuss how the Far East plant "Zvezda" carries out repairs and modernization of the nuclear submarine cruiser "Irkutsk". The ship is planned to be equipped with the latest missile, torpedo and radio-technical weapons, as well as modern communications, which will significantly increase its combat effectiveness. In addition, the modernization of the cruiser will extend its service life by at least 10 years and expand the combat capabilities of the Pacific Fleet. “Today we will consider the problematic issues related to the commissioning of the ship, including the timing of its tests,” the minister said.

In addition, he proposed to discuss how the project "Highways of the Ministry of Defense of Russia" is being implemented. “We have been working on it since 2019 together with the Ministry of Transport,” said Sergei Shoigu. - During this time, almost 210 kilometers of roads have been repaired connecting military facilities with public highways. As a result, the serviceability of the roads was brought to the envisaged 49% of their total length of two and a half thousand kilometers. This year's plan has been fully implemented. The purchase and supply of special equipment to support the activities of the road management departments of the Ministry of Defense are at the final stage. At the meeting, we will outline steps to optimize the work being carried out, ”the minister added.
At the end of the thematic part, Sergei Shoigu proposed to take stock of the execution of the expenses of the Russian Ministry of Defense in 2021. He stressed that the issue of full and targeted use of budgetary allocations is under constant control. As the largest recipient of the budget, the Department of Defense ensures that funds are used evenly throughout the year. The military department has one of the highest rates of cash execution of the budget among federal ministries. Nevertheless, since the main deliveries of military products are scheduled for the end of November, the budget remains remaining. Today we will discuss what needs to be done to complete the financial year qualitatively, ”he added.

Concluding his speech, Sergei Shoigu said that on November 18 the feature film "Sky", which was filmed with the support of the Ministry of Defense, is being released. The film project tells the story of the heroic deed of the Hero of Russia, Lieutenant Colonel Oleg Peshkov, who died while performing a combat mission in the Syrian Arab Republic. “I am convinced,” the minister said, “that the film will contribute to the patriotic education of servicemen. In this regard, I ask the commanders-in-chief of the branches of the Armed Forces, the commanders of the military districts and the Northern Fleet, the branches of the armed forces, and the heads of military command and control agencies to provide the personnel with the opportunity to watch the movie "Sky". And he instructed to include it in the list of films that must be watched in the Armed Forces of the Russian Federation.
Click to expand...

Russia is certainly reactivating or ramping up old weapons & systems. Their taking everything out of the box and getting it ready for action...

Is this a response to the US move to send missile battery to Germany? 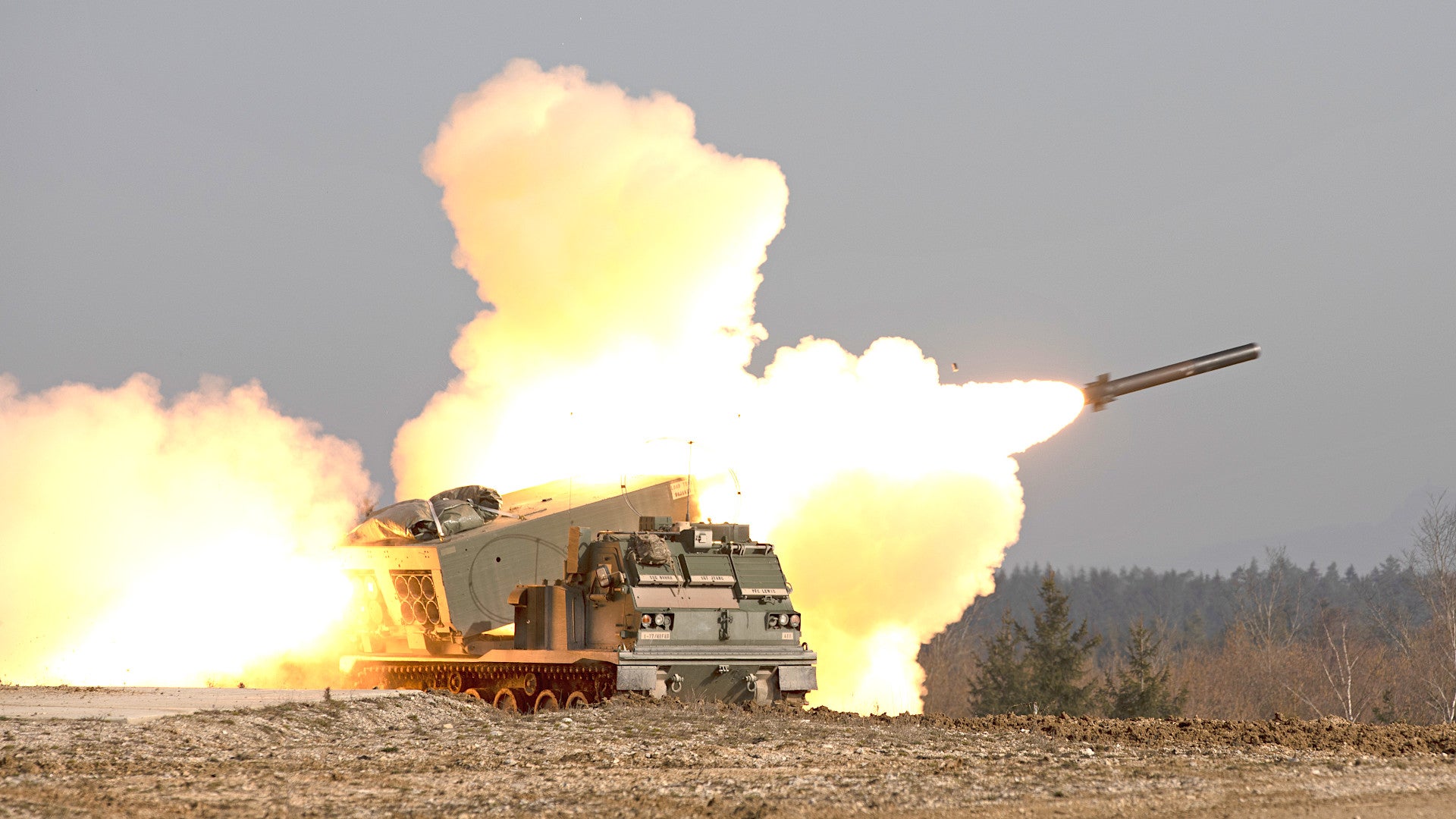 56th Artillery Command's return to Germany after 30 years reflects how critical ground-launched missiles would be in any future conflict with Russia.

I have seen test of those S-550 missiles, they are equal to our old missile defense system that were designed to scream out of their launchers and hit bomber and incoming warheads with nuclear blast over Canada. Figures Canada complained and Congress pulled the funds the day it went online.