If true.....question is....whose was it....there is only one "good" answer to that question given the 3 possible answers....
on further reflection this may have been the crossing of a Rubicon that might only be recognized in hindsight......
Dark Noon what think you ?
Last edited: Nov 1, 2021

expat42451 said:
on further reflection this may have been the crossing of a Rubicon that might only be recognized in hindsight......
Click to expand...

It's hard to say. Logically signs point to yes. But when something is to obvious without definitive proof makes me think otherwise too. At this point I could flip a coin with a better prediction. Ik that wasn't helpful but this is a very vague situation.
Last edited: Nov 1, 2021
E 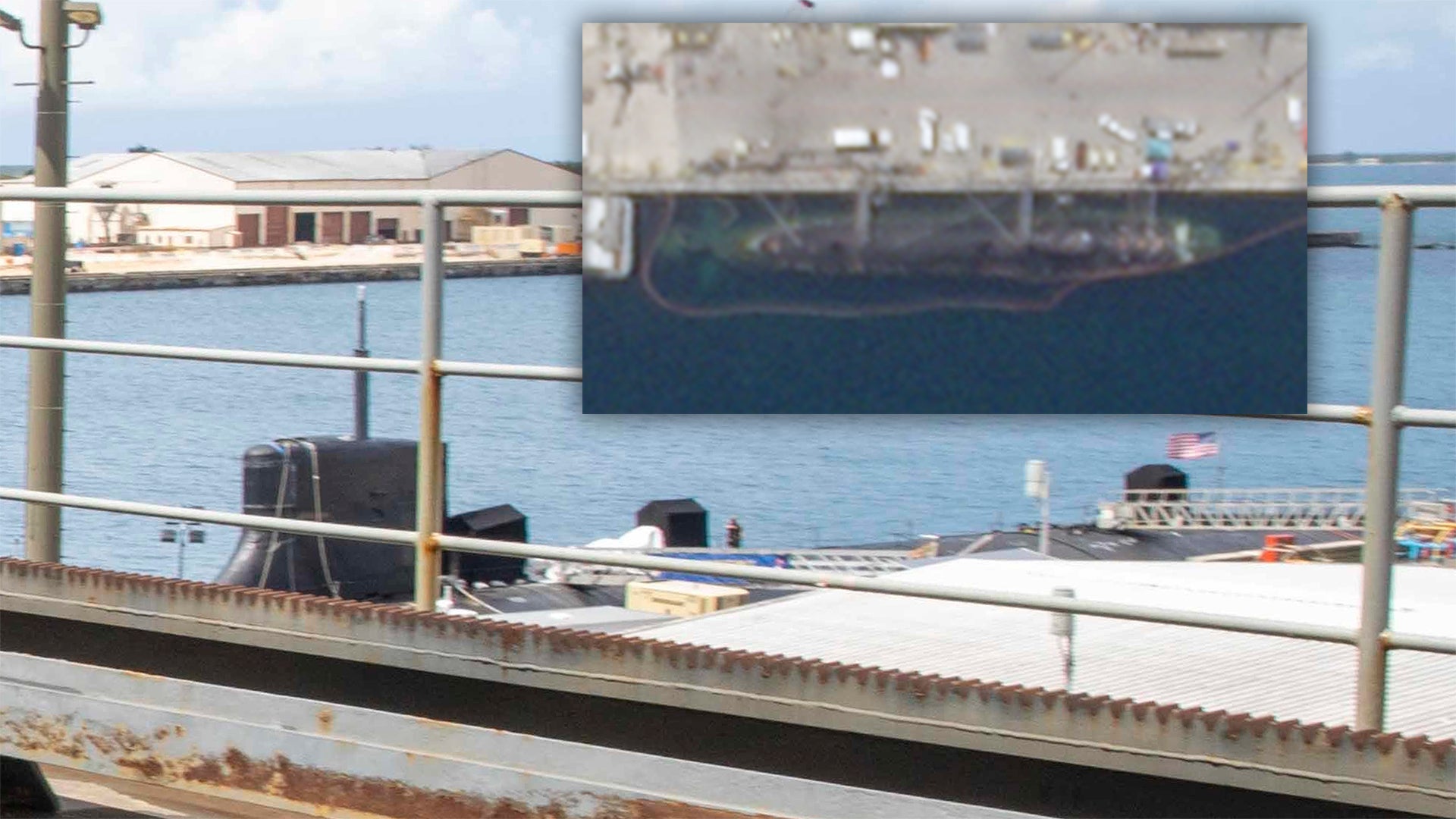 USS Connecticut Smashed Into A Seamount, May Have Ripped Off Sonar Dome

An official picture of USS Connecticut in Guam, where the Navy continues to assess the damage from its recent collision, has also emerged.

www.thedrive.com
um hmmmm. Scuse my skepticism. Anyone hear if China is missin a boat?? Wonder if this sea mount wasnt where some of that dredge waste went when they were doing island building......Knowing very little about undersea ops it does seem like possibly a combination of bad charts and bad luck. I feel badly for all of them whatever the cause...However I believe less and less what I read.
Regards

They definately smashed into something. If they hit a Chinese ship, you'd think China would be saying something about that.

DEFCON Warning System said:
They definately smashed into something. If they hit a Chinese ship, you'd think China would be saying something about that.
Click to expand...

Well it didn't hit the ground. From the pictures you can clearly see it rammed somthing ontop or the surface. Maybe a China "fishing boat" that just happened to be there when they surfaced? Not sure how USS Connecticut couldn't "see" a object floating on the surface.

DarkNoon said:
Well it didn't hit the ground. From the pictures you can clearly see it rammed somthing ontop or the surface. Maybe a China "fishing boat" that just happened to be there when they surfaced? Not sure how USS Connecticut couldn't "see" a object floating on the surface.
Click to expand...

Only other logical thing to think of is the sub got caught on a rather larger vessels anchor. Which again how did they not see it coming.

DarkNoon said:
Well it didn't hit the ground. From the pictures you can clearly see it rammed somthing ontop or the surface. Maybe a China "fishing boat" that just happened to be there when they surfaced? Not sure how USS Connecticut couldn't "see" a object floating on the surface.
Click to expand...

I'm still floating the theory of a computer "glitch" until it's ruled out.
O

Find it hard to believe that our ocean floor maps are that bad.
No sonar would miss the acoustics of a surface ship that close. Just the water action along the ships hull would have been pretty loud.
Any fishing trawler net riggings would be pretty noisy.
Have no idea if China has anything that quiet.
Acula class subs on battery are supposed to be one of quietest boats out their.
Last possibility is another US sub. Their was a report from the 90’s where when it port after just finished cruises two Los Angeles class discovered they had both passed within hundreds of yards of each and never knew each other was their

Obreid said:
Find it hard to believe that our ocean floor maps are that bad.
Click to expand...

The damage was at the top of the sub. Not the bottom. If their where sea floor damage the bottom of the sub would have had damage not the top. Right?
E

Well the sonar dome makes up the entire bow of the sub.... we havent been told whether the top of that dome or the bottom or the whole thing was crushed or deformed or in some way damaged. So to me at least at this point it hit something in the front..... top front? Bottom front? I dunno.....If it hit something on the top , something that was moved or deflected by the sub's impact.....it would force the bow of the sub down and the object up, looks like there would be visible damage to the area between the bow and the sail--scuffing and damage to paint and accoustical coatings visible on the top of the hull and possibly depending on what they hit, damage to the sail as well.....blowing up photos from the War Zone article there does look like scuffing on the top fore part of the hull......whether its scuffing or damage or some product of her being blown dry and as high out of the water as they are able to get her maybe for repairs... or a light reflection due to sun angle or something else I cant tell. But at the very least there seems scuffing. That reportedly her forward ballst tanks may have been breached as well, possibly the damage extends farther aft than just the dome. Plus we cant see whats under water and whether there were dents or deformations in hull plating there.....but given the report of the breached ballast tank I would guess at a minimum some seams may have started from the impact. Dents in the bottom? Dunno. Consider...and we do not know and probably never will know.... that she could have hit a submerged wreck as well depending on where she was operating, how shallow the water was..... there are lots of wrecks on the sea floor particularly in remote areas of the Pacific that may not be known. There are also lots of areas deep water where what the chart says is below the water level many times is not whats below the water level. Lots depends on what charts they were using i.e scale of the chart and the area they were operating in when it happened. From experience I know that large scale sailng charts one uses when doing a a crossing-- well away from shore-- arent nearly as detailed on bottom features as are the coastal, approach and harbor charts when navigating close to land.

I never was in the US Navy but was a Merchant seaman, Captain's license and have done some deepwater crossings under sail..... I can say that the ocean is larger than anyone who has never been there realizes. Not only that bottom features in marked channels change frequently because of tides, currents and storms. To a lesser extent bottom features in areas with tectonic plates and volcanism change somewhat frequently as well....Enough to cause a sea mount to pop up? I dont know. But I do know that the Pacific Ocean is a damn big place and still one of the wildest places on earth technology not withstanding. Ask any experienced deep waterman including a submarine captain and I would venture that they would agree. Lots of unknowns. Why at sea one has watches where one does exactly that.
Curious if anyone has checked their tic tacs for damage......those scuffed areas on the forward part of the hull look white.....
Last edited: Nov 2, 2021
E 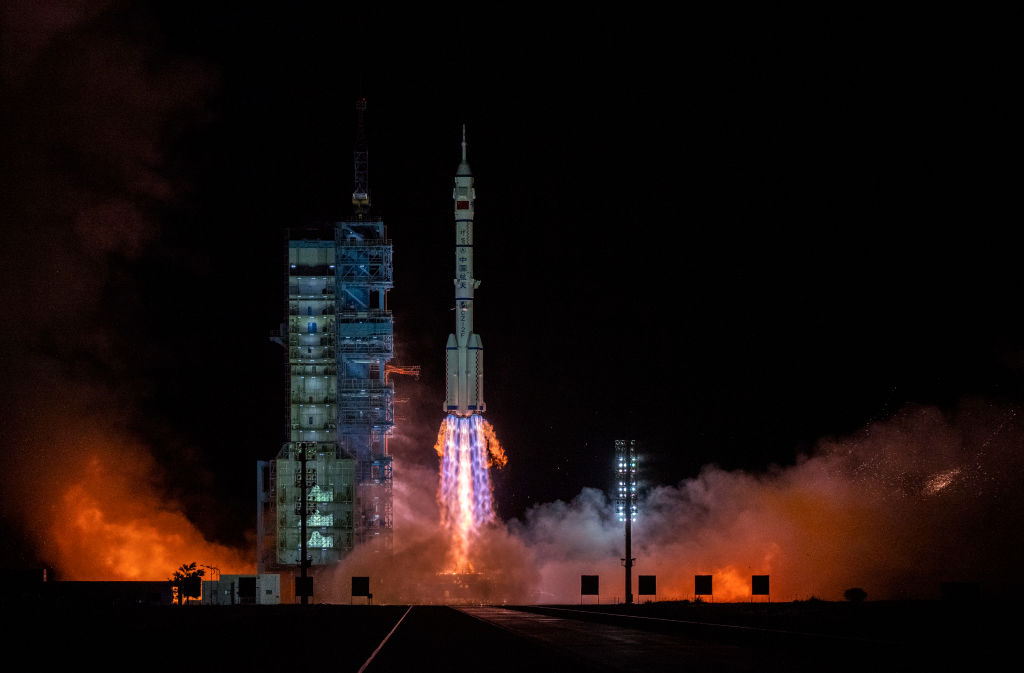 The satellite, according to China Aerospace Science and Technology Corp., is "tasked with demonstrating technologies to alleviate and neutralize space debris." As Beijing sees it, American satellites constitute "debris." "[Communist China's satellite] is

The satellite, according to China Aerospace Science and Technology Corp., is "tasked with demonstrating technologies to alleviate and neutralize space debris." As Beijing sees it, American satellites constitute "debris." "[Communist China's satellite] is

I don't know about the usefulness of this. There are much better ways to destroy your enemy's satellite than maneuvering your own satellite near and grabbing it.

Reminds me of the line from Hunt For Red October:

"Can you launch a missile horizontally?"

The most we will likely ever know about the second most secret boat in the US fleet. I remember many decades ago a Los Angeles class boat smashing the entire front of the bow in on another Soviet boat and still didn't sink thanks to the hardcore training the Navy puts our guys through.

This is why bubble heads get paid for wartime pay their entire careers. It's still a very hostile place to live and work without some other fool down there looking for you yet it's the safest place in wartime because everything else is just a target for you

Here’s a economic reason to stand with the Taiwan.
Over 50% of the worlds semi conductors made in the world come from Taiwan.

Taiwan's outsized role in chipmaking has come under the spotlight as a global shortage of semiconductors forced several automakers to halt production.