Taiwan, Lithuania ties grow despite pressure from Beijing (yahoo.com)
I think Taiwan should open embassies in the US, Briton, France, Germany, Russia, India, Japan, Philippines, and Vietnam with a huge flashing neon sign that says Embassy of Taiwan!
Screw the CCP!

Oh yeah, that will go over really well with China.
W

Why should the world cow tow to them? They need to pay for making the world sick!
D

“An emergency situation occurred on the Lithuanian-Belarusian border. …
Representatives of Belarus, dressed in ammunition to suppress the riots, push migrants from Belarus to the territory of Lithuania, and then they themselves illegally cross the Lithuanian state border”

Russian source for the incident 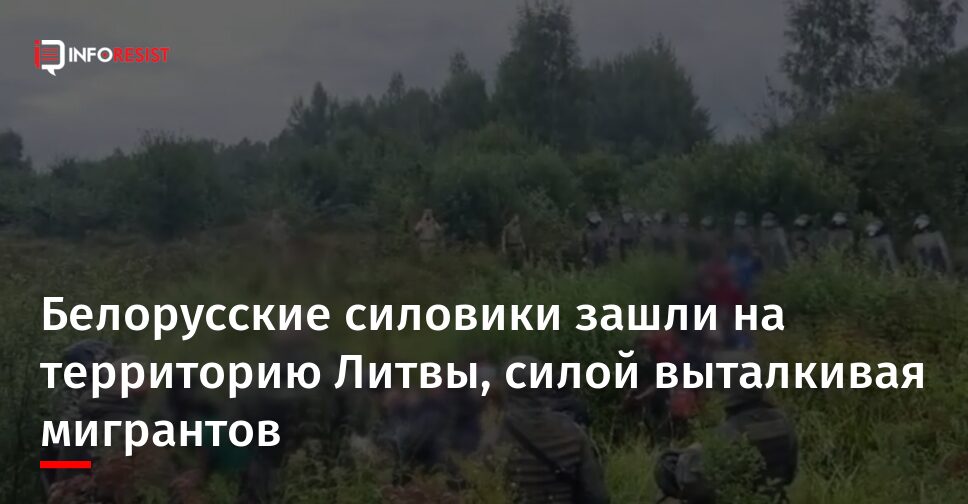 Tranlation
The Lithuanian Border Guard Service said that 12 Belarusian law enforcers illegally crossed the Lithuanian state border, pushing migrants out by force.
This was reported by the press service of the agency.

However, it is reported that after repeated warnings from Lithuanian border guards, the infiltrators withdrew to the Belarusian side.
The incident was confirmed by the Lithuanian Interior Ministry, saying that Belarusian special forces forcefully pushed out a group of 35 Iraqi migrants.
Lithuania has launched an investigation into the incident.
O