Reagan said:
In 2014 during the games in Russia, the Russians massed troops under the guise of protection against terrorism. They were conveniently ready to be deployed into Crimea quickly and without advertisement.
The Russian military isn’t aloof to all the videos and open source information displaying their military movements into Crimea and around Ukraine. If Myanmar can block access to information surely the Russians can too. In fact they are probably giving tacit approval of their movements in this region. It’s very much broadcast to intimidate the government in Ukraine and in my opinion also used for distraction. Putin doesn’t advertise what he will do he just does it. Something else is going on. If something massive breaks out of course they take strategic positions in Ukraine but I don’t think the prize is Kyiv or water supplies around Crimea even. Think bigger. This is 1)bravado testing Biden 2) distraction from other imminent military moves perhaps in the Middle East and a way to draw and divide opposing forces and or 3) distraction from domestic issues.
If a major war breaks out Ukraine and Taiwan may well be targeted but the prize is much much greater. Personally, after watching Turkey, Iran, China and Russia form alliances I believe something large is coming in the Middle East.

Can you please elaborate - distraction away from Middle East, what exactly?
Middle East is "fine" on it's own, Russians are having problems and losing positions in Syria due to their incompetence in building influence at remote areas of the world. They are not "colonizers", they don't have vital skills and experience of building up relations and setting influence points within remote lands and it's inhabitants (aside of military bases). All they can offer is to protect and fight - they can kill everything and everyone, clear off the enemies, draw and secure borders and set rules on official level to neighbor countries, sure, but they cannot extract profit from it, they cannot hold it against Britain and France who are experts in manipulating from below, who easily exploits this fact. Russians were heroes for local populace until they ran out of enemies, only empty and quiet ruins left, locals now became more concerned about necessities like food, fuel and such, in face of falling currency in Syria. Now Russians are seemed to be "not needed" there, as they do not know how to save their face and counter nitpicking on populace that's coming from Western specialists.
This situation in Ukraine is all about the Europe and Nordstream drama.

And world is not only consists of US and Russia, China or alliances. Countries have their own will (most of them, at least), this situation reassures it more. Please stray away from Cold War mindset, it is not "something that is bigger, think bigger" anymore, you need to think in opposite, more closely in "little details" way, and notice them. Not a single Western person who lives far away enough from here, ever noticed and pointed out that this escalation is possible thanks to Turkey influence and recent success in Karabakh conflict from the military standpoint. It was not the US who offered breakthrough solutions to Ukraine, but Turkey, who worked with Ukraine military, let their officers in Azerbaijan to overlook operation in Karabakh, and after getting precious experience, they immediately provided Ukraine with real helpful insights, advisors and support, and you are indicating that they are "forming alliances" with Russia after that? No way, Turkey sees Russia as a target of it's raising expansionism and claims it's rights to Russian lands and islamic people, takes out Russian bits of influence out of neighboring regions, converting a big chunk of Russian populace towards their favor. As well as European countries which becoming much more conscious of themselves, arguing with each other over gas and vaccines, making deals with countries out of their block, etc. It's not a bipolar world anymore.
S

BREAKING: The Russian backed DNR separatist group in Eastern Ukraine have started conscription for all citizens born between 1994-2003 for military service until July 2021.

The US will not leave Ukraine alone in the event of Russian escalation and will not allow the realisation of aggressive aspiration of the Russian Federation, US SecDef Austin tells his Ukrainian counterpart per Ukrainian readout

Update: Ministry of Defense of Ukraine received guarantees from the United States to provide military assistance.

I am not seeing any source for that.
K

DEFCON Warning System said:
I am not seeing any source for that.
Click to expand...

Closest I've seen is this release from the Ukrainian MoD.

"The US Secretary of Defense stressed that in the event of escalation of Russian aggression, the United States will not leave Ukraine alone and will not allow the realization of aggressive aspirations of the Russian Federation towards Ukraine."
Click to expand... 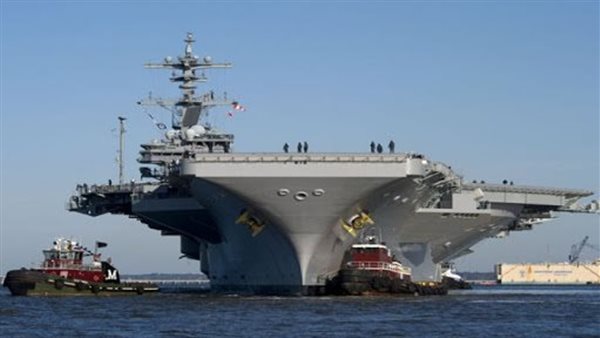 If it doesn't pass through I'm going to get even more concerned the current US admin is actually thinking of intervening.

Kushan said:
Closest I've seen is this release from the Ukrainian MoD.

If it doesn't pass through I'm going to get even more concerned the current US admin is actually thinking of intervening.
Click to expand...

So far the wording is threatening but still vague enough the US could get out of direct military action.

Okay, this situation is starting to move up the escalation ladder a smidge.

RiffRaff said:
Okay, this situation is starting to move up the escalation ladder a smidge.
Click to expand...

I'm getting a little concerned as well.
K

Here's the readout of Sec Defs call with the Ukrainian MoD. I don't see anything in this release that promises direct US military combat assistance, just the usual reiterating US support for Ukrainian sovereignty, territorial integrity, and Euro-Atlantic aspirations. and the US commitment to building the capacity of Ukraine forces to defend more effectively against Russian aggression. Thats not to say direct US combat support wasn't talked about and promised but not reported.

Nothing will happen. You only need look at the past events in the last 10 years involving Russia. There will be media panic for like a week then it will be forgotten about in 2 weeks time.
S

The US might actually have two surveillance platforms airborne near Crimea. FORTE10 and 'No Callsign'.
RSD003 (RuAF Tu-204-300) is preparing to land in #Crimea from #Moscow.
Tu-154M also seems to have left via Crimea.