william said:
Israel and Iran: Five minutes to Armageddon?
Israel and Iran are rapidly approaching an inflection point over Tehran’s nuclear program, and what was the atomic equivalent of a controlled clash between the two countries is now devolving into an unconstrained chain reaction. In late May, the International Atomic Energy Agency (IAEA), the United Nations agency tasked with globally overseeing nuclear technology and use, reported that Iran possesses enough fissile material to construct a nuclear bomb. Jerusalem’s long-feared specter of Tehran becoming an existential threat to Israel is now very real and imminent. For Israel, it is 1981 redux — when then-Israeli Prime Minister Menachem Begin and his security Cabinet authorized Operation Babylon to destroy Saddam Hussein’s Osirak nuclear facility. Iraq’s atomic threat was largely theoretical in nature in 1981; Iran’s today is far more dire and will be exponentially more difficult to eliminate.
This is going to get very messy! IMO
Click to expand...

Im only surprised that the whole thing hasn’t blow wide open yet. I guess kill Iranians here and there is sating Israel‘s appetite. I fully expect The Kingdom and the Israelis to launch massive first strikes.
Last edited: Jun 17, 2022
D

I fully expect The Kingdom and the Israelis to launch massive first strikes.
Click to expand...

How do you have a near miss in the Persian Gulf? No, its more like playing chicken.
W

Just in: Head of Iran's IRGC intelligence Hossein Taeb who threatened to target Israeli citizens in Istanbul some days ago, is hospitalized in Tehran.
Click to expand...

https://twitter.com/i/web/status/1539725119446188034
Unconfirmed reports that Hossein Taeb, Head of #IRGC’s Intelligence Org, has been targeted in an assassination attempt & is now in Khatam Al-Anbiya hospital. Days ago Israeli outlets identified Taeb as the individual behind planned terror attacks on Israeli citizens in Turkey
A

Hebrew/ An #Iranian hacker group caused an explosion in high-voltage lines and a fire in the Sderot Electricity Company
Click to expand...

Holy shit. Cause that will bode over well.
A

Iran arrested the British Deputy Ambassador and the wife of the Austrian embassy representative, accusing them of espionage, writes the Young Journalists Club portal.
Click to expand...

Video footage released by the IRGC claimed to show the deputy ambassador near a site where Iran was conducting missile exercises.​

Video footage released by the IRGC claimed to show the deputy ambassador near a site where Iran was conducting missile exercises.​

Iran released footage of the Deputy Ambassador blind folded and removed from a vehicle by Iranians personnel. Now Iran said two more detainees that were mentioned in the report are the husband of an Austrian cultural attaché, and a Polish Professor who arrived to the country as a tourist.
L

In todays episode of “How to become a parking lot”
A

Update: Adviser to the Iranian leader: The UAE and Jordan do not have the military capabilities to participate in an anti- Iran coalition or to fight a regional war.
Click to expand... 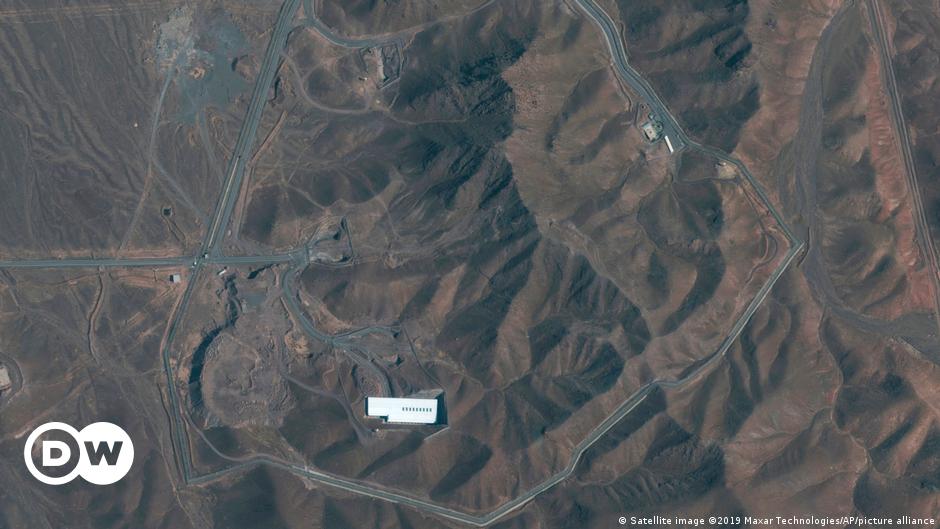 The UN's nuclear watchdog, the International Atomic Energy Agency, has found that Iran is now using machines that allow it to switch more easily between uranium enrichment levels.

On a visit to Israel, US President Joe Biden stated that the US is willing to resort to the use of force as a “last resort” to prevent Iran from obtaining nuclear weapons.
Click to expand...

U.S. President Joe Biden says the U.S. will walk away from #Iran nuclear talks if the Iranian regime continues to insist on the IRGC being removed from the foreign terrorist organization list. Biden says U.S. will use force as "last resort" to stop the Iranian nuke program.
Click to expand...

Israeli PM Yair Lapid threatened Iran with force if they continue to develop their nuclear capabilities in his press conference after meeting Joe Biden on Thursday.
Click to expand...